Fancy talking to SAP about your indirect licensing concerns? Straw poll says no 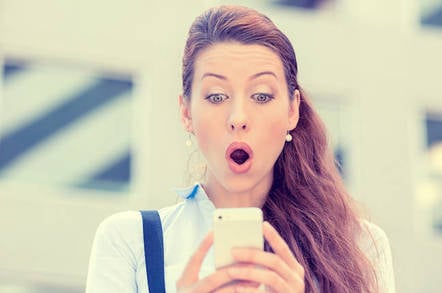 SAP has been told that customers are too afraid to strike up a conversation about indirect access, as a survey indicated most users had concerns that opening up to the firm could backfire.

SAP rules on indirect access mean customers can be hit with licensing fees to cover any and all software that connects – even indirectly – to data stored on SAP systems. This can affect systems like those used for order processing or stock checks.

The software giant has been pursuing such cases with increased determination, hitting headlines earlier this year when alcohol mega-biz Diageo was told by the UK's High Court to cough up £54.5m in additional licence and maintenance fees after introducing two new Salesforce.com systems.

In the aftermath of the case, SAP pledged to "modernise" and simplify its pricing policy, and, in guidance issued to users last month, said it was "committed to working with customers", telling them to "engage with us".

Perhaps unsurprisingly, given software vendors' propensity towards audits and increased charges, the offer has been met with limited enthusiasm.

According to a straw poll carried out by licensing site the ITAM Review, more than three-quarters of users have some level of concern about talking to SAP about indirect access.

This is despite SAP saying that it "will not pursue back maintenance payments" for customers who "proactively engage with us in good faith".

Martin Thompson, chairman of the Campaign for Clear Licensing and founder of ITAM Review, said that asking customers to talk to them was "typical licensing spiel from a dinosaur vendor".

“They are old farts dad-dancing at a cloud party, they can't initiate a conversation through innovation or business transformation, so let"s initiate one via audit threat or licensing confusion," he said.

Commenting on the results, Joachim Paulino, a specialist in SAP licensing from software asset management firm Snow, said he was "surprised that even 8 per cent want to talk openly".

"It's a real risk for them – if they do it, they might wake up sleeping dogs. SAP might become aware of something and might come after them," he told The Reg.

Paulini said that in the past it was normal for SAP users to ask if they had a question about licensing, but that things had changed. "SAP is getting aggressive when it comes to licensing. And that's the reason customers aren't willing to talk openly."

He added that pursuing cases aggressively could damage SAP in the long run, as customers might start looking for alternatives.

Thompson went further, saying that the rules would put a damper on innovation and amounted to "market restriction from a bully with stagnant growth".

Paul Cooper, chairman of the UK and Ireland SAP User Group, agreed that indirect access was "still a major concern" for members.

"Indirect access is obviously a sensitive issue, so while it's good to see SAP encouraging dialogue there are always going to be organisations that don't feel comfortable outlining their exact use cases," he said.

"This is why it's imperative that SAP puts as much information in the public domain as possible, with working examples that customers can clearly understand."

Asked to comment on users' concerns, SAP pointed us towards a blog post from corporate development officer Hala Zeine, published in May, highlighting the following paragraph:

We will look at your specific circumstances when resetting your licensing agreement, including providing you the opportunity to receive credit for certain products you may have already licensed so you can update to the new metrics.