Node.js forks again – this time it's a war of words over anti-sex-pest codes of conduct

Ayo emerges from split as board demands action 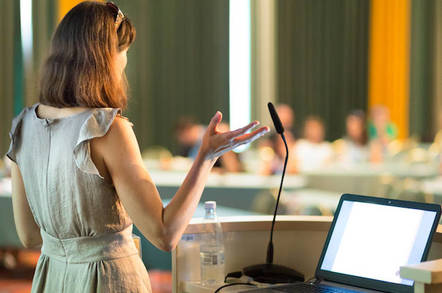 Updated The Node.js community has again turned against itself, this time over a failed vote to oust a controversial member of the project's technical steering committee (TSC) over alleged code-of-conduct violations.

Two years ago, the community was divided over Joyent's leadership, resulting in a major fork of the project, called io.js, until differences were resolved.

On Tuesday, the thirteen-member steering committee came together to vote on whether to remove Rod Vagg, a TSC member and Node.js contributor, over his controversial statements on Twitter and GitHub that prompted complaints. They also voted on whether to ask Vagg to resign.

Neither measure passed. Vagg did not participate in the vote and two other committee members abstained. Of the remaining 10, six voted not to remove him or ask him to remove himself from the group. The four who pushed for Vagg's ousting – Anna Henningsen, Bryan Hughes, Myles Borins, and Jeremiah Senkpiel – subsequently resigned from the TSC. Their departure coincides with the Ayo split.

Borins, developer advocate for Node.js on Google Cloud Platform, announced his resignation via Medium. "The current decision undermines our Conduct Guidelines, drives away potential contributors, and in my opinion undermines the committee’s ability to govern," he wrote.

Fellow TSC member Byran Hughes, technical evangelist at Microsoft, also posted an explanation for his departure. He expressed dissatisfaction not so much with Vagg's behavior as with the steering committee's unwillingness to address it.

"The majority of Node.js TSC members have repeatedly shown that they do not want to handle the situation, with some going so far as to say they do not even think there is a problem," he wrote.

Vagg, who declined to be interviewed, offended members of the Node community through various online posts. A member of the TSC attempted to move the allegations out of public view, but they're presently available through the Internet Archive. Essentially, among other things, Vagg argued there are downsides to codes of conduct, which seek to shut down harassment and super-sketchy behavior within technical conferences and projects.

The alleged conduct appears to run afoul of the Node community's official code of conduct, which includes a pledge to make "participation in our project and our community a harassment-free experience for everyone, regardless of age, body size, disability, ethnicity, gender identity and expression, level of experience, nationality, personal appearance, race, religion, or sexual identity and orientation." The code of conduct requires treating people with respect and includes prohibitions on trolling, harassment, doxing, and unprofessional behavior.

Vagg, however, contends that codes of conduct do more harm than good.

In his summary of the complaints against Vagg, steering committee member Jason Snell wrote, "Most recently Rod tweeted in support of an inflammatory anti-Code-of-Conduct article. As a perceived leader in the project, it can be difficult for outsiders to separate Rod’s opinions from that of the project. Knowing the space he is participating in and the values of our community, Rod should have predicted the kind of response this tweet received."

The article angered members of the Node community both for its content and for the perceived politics of its author. It argues against campus speech codes, on the ostensible basis that they discriminate against "neuro-minorities" – people with ADHD and autism, for example, and people with "eccentric personalities."

In short, it opposes mandated civility or "political correctness," arguing that free speech includes the freedom to be offensive to others.

It was penned Geoffrey Miller, an associate professor of psychology at the University of New Mexico, who has been characterized as a men's rights advocate – he sided with fired Google engineer James Damore in another article on the same website – and who achieved notoriety and censure over a 2013 tweet scolding fat people for their lack of willpower.

On Thursday, Mark Hinkle, executive director of the Node.js Foundation, expressed concern about the situation in a GitHub post, recommending that the steering committee – presently all men – reconsider its decision.

"The board does not support antagonistic, aggressive or derogatory behavior in the community and leadership and expects that the TSC will enforce its code of conduct equally amongst community members, collaborators, and leadership," he wrote. "Accordingly, we urge the TSC to revisit this issue and suspend the individual involved from active TSC participation until this matter is resolved, hopefully with consensus, including support from those who recently resigned, if they would be willing to help."

Hinkle said the Node.js Foundation board of directors will devote the entirety of its August 28 meeting to a private discussion of the current situation, with an eye toward amending the governance structure of the project. ®

After this story was filed, Rod Vagg published his response to the TSC vote in a GitHub Issues post.