And it took the authority seven years to notice 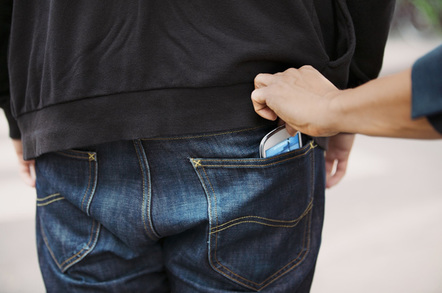 A former council IT worker in Scotland has been jailed for five years after abusing his system access privileges to help himself to more than £1m of public money.

He spent 30 years working for the council, latterly as an IT officer, and had created false ledger entries in the council's computerised payments system. Sums of money were instead transferred directly into his bank accounts. One such fake payment, for £17,912, was labelled as being for "Scottish Fuels".

The court heard that in 2009 Conway had been on a gambling website to try to pay off a credit card bill, according to the Dundee Evening Telegraph. Soon afterwards he made a fake payment to himself.

Crown prosecutor Rosemary Guinnane told the court that between 2009 and 2013 Conway had the council make 17 payments to the bogus Scottish Fuels account. In 2013 the fraudster began using different fake suppliers to channel council money into his pockets.

It was not until 2016 that council accountants realised that the Scottish Fuels payments were actually going into a personal Santander bank account. In total, Conway moved £786,919.30 into his Nationwide bank account. Following a meeting of council officials in May that year, Conway was immediately suspended from work and escorted from the council's buildings.

The convicted fraudster has repaid just £7,337.58 of his ill-gotten gains so far. His pension and lump sum, worth £259,000 will both be handed over to the council, STV reported, and his home is also being sold to raise a further £49,000.

At the High Court in Edinburgh, Judge Graeme Buchanan told Conway: "I accept it was your addiction to gambling that led to the commission of this crime. However, that is no excuse for what you did. It was a serious breach of trust."