DreamHost smashed in DDoS attack: Who's to blame? Take a guess...

Is it the alt-right or anti-fascists? Most likely the latter 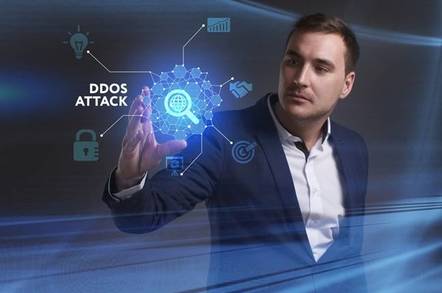 Web hosting biz DreamHost has been largely crippled today by a distributed denial of service attack, bringing down most of its services.

We are beginning to mitigate the attack and will update this post as new information becomes available. https://t.co/lKHkNtldcJ

DreamHost hit the headlines earlier this month when the US Department of Justice demanded 1.3 million IP addresses of people who visited disruptj20.org, a website organizing protests during President Trump's inauguration that was hosted by the biz. The warrant also demanded the contact information, submitted comments, email content, and photos of thousands of people who used the site.

The company told the DoJ to bugger off – in polite legal terms – and announced it would fight the case. On Wednesday, the DoJ backed down and said it wouldn't demand all those IP addresses after all, but still wants some data on protestors.

So maybe DreamHost is under attack from the alt-right and their supporters, both in the US and overseas? Probably not. Instead the attack looks to have originated on the opposite side of the political spectrum and stems from another DreamHost customer.

On Thursday, DreamHost began hosting a new website called Punished Stormer. This is a reboot of the neo-Nazi-slash-white-supremacist Daily Stormer website that was dropped like a rabid porcupine by the tech world after the death of a protester at the Charlottesville demonstrations.

This makes it likely that the attack is coming from those trying to take the foul neo-Nazi site down, but they are out of luck because DreamHost no longer hosts the Punished Stormer site. Instead it's now hosted by Canadian outfit BuyVM with some DDoS protection. ®

Comment Too bad the Republicans aren't going to agree with her

Comment The world according to FCC Commissioner Michael O'Rielly