Where’s the strategy you promised five years ago? 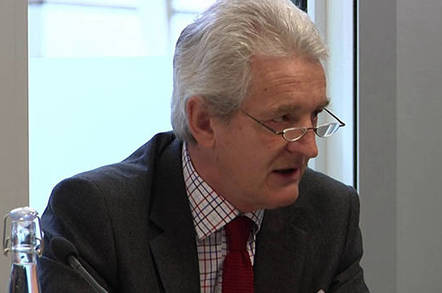 The UK Biometrics Commissioner has condemned the Home Office and police forces over their failure to address critical issues surrounding facial recognition.

As well as noting the growing database of mugshots that Brit coppers possesses, many of which are illegally held, Professor Paul Wiles has criticized the government for failing to produce a formal document outlining its biometrics strategy, and argued that it needs to provide a proper public accounting of a public trial of facial recognition technology next week at the Notting Hill Carnival.

We noted all these issues in a Register article last week when the Home Office put a £5m contract out to tender to build countrywide facial recognition software rather than rely on disparate and disconnected systems run by different police forces.

The same day, we revealed that the Metropolitan Police intends to run a second public trial of facial recognition at this weekend's Notting Hill Carnival, without promising to carry out an evaluation of its effectiveness or make its results public – the exact same approach it adopted in 2016.

"Tests of facial matching for spotting individuals in large crowds have so far had very poor success," Wiles said in an official response on the Met's use of facial recognition technology at the carnival. He added: "It is good that they have made their trial public but they must carry out a proper evaluation and publish the results."

Wiles also notes that the facial images database has increased in size to 20 million, "but there is as yet no single, shared policing system for storing and searching police-held images nor an evaluation of its accuracy and usefulness."

He notes that his predecessor, and the Science and Technology Select Committee, has been making the same points for some time. And he highlights that the government's Biometric Strategy "has been delayed for some time." It was first promised in 2012 and deadlines have been missed every year since.

The Notting Hill Carnival trial is seemingly not the only trial that the UK police are running, with Wiles noting that "the police are conducting a number of trials to see if facial searching and matching technology can be employed effectively in crowded public places."

He was critical of the secrecy surrounding such trials, however. "Such experiments should be properly designed and evaluated, preferably involving external experts, and the results published," he argued, adding: "The police should also evaluate their use of facial images generally in order to demonstrate that they have a useful and cost-effective purpose, based on adequate matching quality. They also need to explain how they will deal with potential false matches."

He closes his comments by noting his and the broader public's concerns about facial recognition. "The use of facial images, especially in public places, is very intrusive of individual freedom, especially because images can be captured without the subject being aware," he wrote. "The public benefit of the use of such an intrusive technology must outweigh the interference in individual privacy."

He argues for a debate in Parliament over the issue and appropriate legislation in order to reach "a difficult balance between public benefit and individual privacy." And he sides with The National DNA Database Ethics Group – which provides independent advice to the Home Office on ethical issues surrounding its biometric databases – when he notes that legislation exists for DNA and fingerprints, and argues that facial recognition needs a similar response including "independent oversight to reassure the public that their privacy is being properly protected."

Currently, the police are allowed to decide by themselves whether to retain people's mugshots, despite being told by the High Court back in 2012 that many of its images were being retained illegally.

The police took five years to develop a policy for retaining facial images, despite being told by the judge to come up with one within "months, not years." That policy was developed without any public consultation – something The National DNA Database Ethics Group explicitly criticized it for – and has been very poorly received because it requires individuals to actively approach the police to ask that any images that the police might have of them be removed. Even then, the police can refuse to remove any such images if it decides they serve a "policing purpose."

The recent contract for a new single software system has pulled the issue back into the spotlight and in addition to his statement, Wiles reiterated the same points a little more aggressively in an interview with Sky News.

"I think it's now got to the point where it really is urgent for the Government to publish that strategy and say whether it intends to create a legislative framework for the use of facial images," he said.

He also noted that there was a "real danger" that the number of facial images held by police keep increasing and "undermine confidence in policing" if proper policies aren't put in place.

Meanwhile, the chair of the Science and Technology Committee, Normal Lamb, has reiterated that there needs to be a public debate on the issue and civil society groups have again argued that facial recognition laws should match those used to cover DNA and fingerprints – where copies are automatically destroyed if someone is released without charge. ®