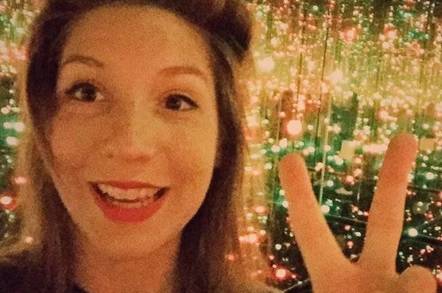 Danish cops have identified the headless torso found in Copenhagen bay as that of Kim Wall – the journalist who went missing after taking a ride in a homemade submarine.

Wall, 30, had disappeared on August 10 after embarking on what was supposed to be a short trip with engineer Peter Madsen aboard the UC3 Nautilus, the world's largest privately funded sub Madsen had designed and built with friends.

The boat was reported missing that evening and Madsen was eventually rescued, claiming the craft had suffered an accident that caused its ballast tanks to take on water and sink.

The UC3 Nautilus was later recovered from the bay and has been impounded by Copenhagen police.

After initially saying he had dropped Wall off at the port of Copenhagen, Madsen later changed his story, claiming the reporter died in the accident during the journey that had damaged the craft and he had buried her "at sea."

About the time Madsen, 46, was giving his account to the court, police were alerted that a human torso had washed ashore, its limbs and head cut off. DNA analysis showed the remains to be those of Wall. Police also identified the Swedish freelance journo's DNA in blood taken from the floor of the Nautilus.

The body parts were found by a cyclist on the south side of Amager Island, near the Danish capital, and just 10 miles from Svanemølle beach, known for its topless sunbathers.

"During the horrendous days that have passed since Kim disappeared, we have received countless evidence of how loved and appreciated she was, both as a person and friend and as a professional journalist," Wall's family said after the remains were identified.

"From all corners of the world comes proof of Kim as a person who made a difference."

Madsen, meanwhile, has already been charged with manslaughter relating to the death of Wall. It is unclear if this latest discovery could elevate that to a murder rap.

Wall had been working on an article about the Nautilus, a 58ft (17.7m) craft considered to be the longest privately built submarine on the planet. The sub, which had been funded with a large crowdsourcing campaign, was launched in 2008 and made its return to the water earlier this year after four years of refitting and repair work. Madsen was, apparently, well known in Denmark for his work. ®