Lottery-hacking sysadmin's unlucky number comes up: 25 years in the slammer

Rigged a random number generator and tried to cash in 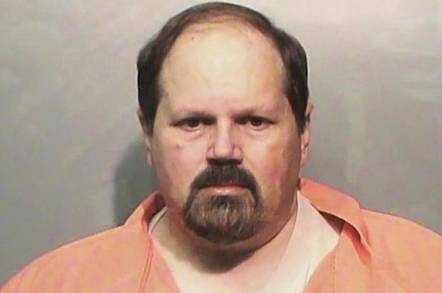 The lottery sysadmin who fooled around with random numbers has a new variable to consider: how much up to 25 years he'll have to serve of his latest sentence.

While working for the Iowa offices of the Multi-State Lottery Association, Eddie Tipton's scam was to rig the lotteries' random number generator so that on certain days, he'd be able to predict the numbers.

As we reported in 2015, he tampered with security cameras watching over a lotteries machine, and installed a rootkit that let him run his own code.

The scam came unstuck in an investigation over a US$16.5 million winning draw in December 2010, when a gas station CCTV showed a customer, later identified by co-workers as Tipton, bought the winning ticket.

His attempts to collect the winnings anonymously brought him to the attention of authorities.

In July 2015, he was handed a maximum ten-year sentence for fraud, but that wasn't the end of the matter: prosecutors in several states also chased him on charges of lottery fraud.

District Court Judge Brad McCall has given him a maximum 25 years, but his lawyers hope for parole within three or four years.

Investigators believe the scam eventually reached to six lotteries in five states, and Tipton was helped by his brother Tommy and a Texas businessman called Robert Rhodes, who was drawn into the investigation in December 2015. ®