Was it the EPO? Brexit? Insufficient support? Yes 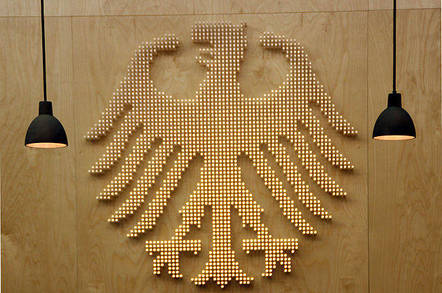 The German federal court has finally revealed why it ordered a halt to the ratification of the Europe-wide Unified Patent Court.

The Federal Constitutional Court (FCC) unexpectedly slammed the brakes on the UPC back in June, sparking speculation in the intellectual property world as to why – was it a procedural matter? Was it due to Brexit? Or was it because of reforms at the European Patent Office (EPO)?

To which the answer is: yes, yes and yes.

Top German IP lawyer Thorsten Bausch has been chasing the FCC on the matter and last week it responded to a formal request for information with some details. According to the FCC, it called for a halt after it received a complaint that alleged a breach of German Basic Law for four violations:

The first violation is very legalistic but effectively it argues that because the whole idea of the UPC is that there will be several courts dotted around Europe (each tackling a specific area of patent law) – rather than a German patent case having to take place in a German patent court – that it was necessary for there to be a specific vote in the German Parliament (Bundestag) to approve the divestment of sovereign powers.

Specifically, a two-thirds majority of the Bundestag would have been needed to pass the legislation. But what happened when the UPC law was passed was that there were insufficient numbers of Bundestag members voting to meet this level of agreement.

The second and third claimed violations directly concern the EPO, which has been subject to a number of highly controversial changes by EPO president Benoit Battistelli.

As we have reported previously, some of those changes were forced through as part of Battistelli's feud against a patent examiner who was a critic of his reforms.

Battistelli fired the examiner, who was also a member of the Boards of Appeal, in a highly dubious manner, using "evidence" from a special investigative unit. The subsequent disciplinary process has been widely criticized for failing to follow its own rules, repeatedly changing the details of the complaint, and refusing to allow the examiner to argue his case.

The EPO also leaked the disturbing – and entirely unproven – claim that "Nazi memorabilia" had been found at the examiner's office.

The examiner's five-year position on the Boards of Appeal is designed to be independent from EPO management. So before removing him, it decided to carry out an investigation into the matter rather than simply rubberstamp Battistelli's decision.

That prompted an extraordinary response from the EPO president in which he questioned the Boards of Appeal's authority to investigate the case or conduct an appeal, and said that any subsequent decision would therefore be "unlawful."

The Board responded by refusing to take any action at all – thereby keeping the examiner in his position – and wrote a damning report in which it said that Battistelli's actions had "undermined the fundamental principle of judicial independence."

Battistelli's response was to undercut the Boards of Appeal authority by drafting a series of reforms that took away the Appeal President's control of budget and staffing, gave him the ability to veto future presidents, and awarded him oversight of the Boards' rules of procedure.

The upshot of this concentration of power and the undermining of the Boards of Appeal for questioning Battistelli is what has led to the claim that there are "democratic deficits ... with regard to the regulatory powers of the organs of the UPC" and that the "judges of the UPC are not independent nor do they have democratic legitimacy."

In other words, the EPO's flagship policy – the creation of the Unified Patent Court – has been undermined by the EPO president himself awarding himself more and more power in response to challenges to that very power.

The fourth, and last, claimed violation has to do with the United Kingdom voting to leave the European Union (Brexit).

Under the terms of the UPC, the approach must be ratified by the UK, France and Germany – since they are by far the greatest in terms of number of European patents filed – before it can take effect. With the UK seemingly leaving the EU, it's not clear where that leaves the UPC.

We should note that it is not definitely Brexit that is behind the claimed violation of "irreconcilability of the UPC with Union law," but that is the most likely scenario according to pretty much every expert in the field.

So there you have it – every one of three main reasons people have speculated was behind the FCC's decision to halt UPC ratification is included.

It should be noted that the FCC's response was still only a high-level summary; the devil, as ever, is in the details. As for when we will be able to read in detail what the complaint is, that remains uncertain.

The FCC noted only that "the proceedings are pending; a specific date for the decision is presently not foreseeable." ®