Attempt to undo arbitration award gets nixed by judge 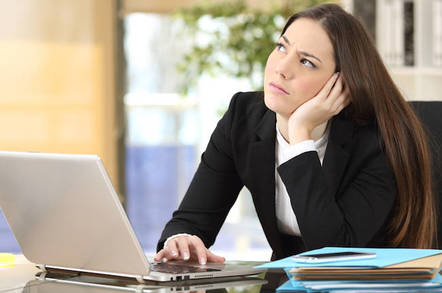 Oracle's effort to avoid paying star sales rep Felicia Wilson an arbitration award of more than $250,000 has been rejected [PDF] by a judge in New York.

Wilson, as The Register reported earlier this year, challenged Oracle in late 2015 for trying to pay her hundreds of thousands of dollars less in sales commissions than she was due under her contract.

Oracle tried to dismiss her claim, but in November 2016 an arbitrator ruled in Wilson's favor, awarding her the balance due, $257,335.79, plus annual interest at three per cent.

In her decision, arbitrator Betty Weinberg Ellerin, a former Associate Justice of the Appellate Division of the Supreme Court of the State of New York, expressed bafflement that Wilson's claim was rejected at the highest levels of Oracle management and chided the company for punishing employee performance rather than rewarding it.

Oracle refused to accept its defeat. So in January, it filed a lawsuit in the Southern District of New York to undo the arbitrator's award, claiming that the arbitrator failed to hold an evidentiary hearing and ignored the parties' contractual agreement.

Edgardo Ramos, the judge considering Oracle's complaint, was unmoved by the company's protestations. Oracle, he wrote in his ruling, has "failed to show that it was prejudiced by the alleged exclusion of evidence as it does not identify the evidence that it would have presented, or why that evidence would have caused the Arbitrator to resolve the dispute in its favor."

Accordingly, on Tuesday, he rejected Oracle's motion to undo the award, refused to modify the assigned interest rate, and declared the case closed.

Oracle and Alan Goldston, the attorney representing Wilson, each declined to comment. ®