Software definer wants you to befriend the 'BFC', do a bit of 'reverse virtualization'

What's that, TidalScale? The Big Friendly what? 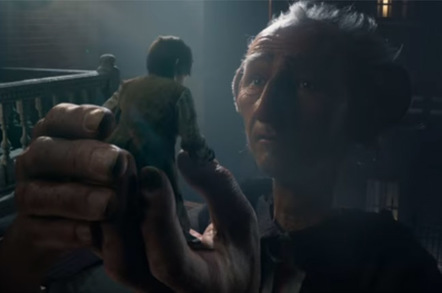 Analysis TidalScale is building a software-defined server product. But how would that work, as it needs to run in a server and you can’t really redefine the server you are running in, can you?

Its software creates virtual machines, of course, called TidalPods, and these are used to “right-size” X86 servers dynamically to application workload needs.

An X86 server has fixed hardware resources – CPU cores, memory, IO capacity and network ports. Oddly, to Reg storage desk, direct-attached storage (DAS) is not included. TidalScale’s HyperKernel software, based on the FreeBSD hypervisor bhyve, creates an abstracted and virtual software-defined server based on a group of physical X86 servers, a cluster, a non-uniform memory access or NUMA cluster.

TidalScale does so-called "reverse virtualisation" and is a distributed hypervisor running on each compute node.

Instead of running multiple virtual machines in a single physical server it creates a single virtual machine made up from multiple physical servers and their resources linked with a 10GbitE network. This TidalScale VM can then run a guest OS which in turn runs applications such as databases. These applications don’t realise they are running on virtual servers and don’t need any code changes.

TidalScale calls this a BFC or Big Flexible Computer, rather than a Big Friendly anything...

Throughput and performance is said to scale linearly. Underlying physical X86 servers can be added to or taken away from the physical server pool, using the WaveRunner management tool, and the TidalScale system is said to be self-optimising and server resource types flow round the system like tides. It migrates memory pages and virtual CPUs to where they need to be delivered.

The company was started in 2012 by Dr. Ike Nassi, who is the chairman and CTO, and was the CEO until Gary Smerdon took over that role and the president’s job in April 2016. There were two seed funding events in 2013, one of $3.03m, a $8.76m A-round in 2014 and an undisclosed amount of venture funding in November 2016 from Infosys, six months after Smerdon came in. He joined from Fusion-io and was at LSI before that.

Okay. The reverse virtualisation is a straightforward enough concept. How do I get there from today’s environment with lots of VMware (or Hyper-V or KVM) servers, and why should I bother?

First of all, it seems that TidalScale can’t practically replace a traditional hypervisor. A TidalPod runs a single guest, which may be a very large single instance of Linux.

We’re told that: “A BFC is ideal for customer applications that need a lot of memory or a high ratio of memory to processors. A BFC reduces the time it takes to deliver solutions and services, while lowering IT costs.”

The main reason to bother is if you have a massive application that’s too big for individual physical servers. Traditional run-many-VMs-on-one-physical-server doesn’t help at all here.

Nassi founded TidalScale to handle the situation where individual servers were too small to handle huge database, graph, simulation and analytics computations entirely in memory. (Remember – in TidalScale’s system, a server’s DAS is not included in the virtualization.)

We might also start wondering how the containerisation movement fits in with TidalScale's abstracted superset of physical servers, but we'll save that for another day.

If you’re interested in finding out more you could check out the blog. ®

Hell's bells! Lights out at Diablo Technologies as plug pulled on website

Microsoft tweaks Windows 10 on Arm64 to play nicely with KVM

Put away the glue and duct tape, and luxuriate in virtualised goodness