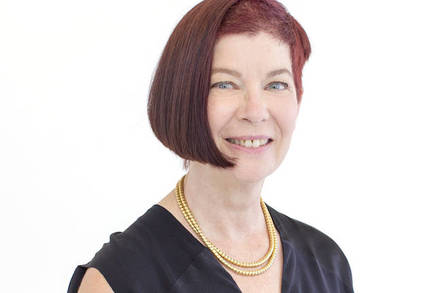 So far, confirmed resignations include executive chairwoman of the Mozilla Foundation Mitchell Baker; president of the Institute of Electrical and Electronics Engineers (IEEE) Karen Bartleson; Sonia Katyal, a professor of law at the University of California; CEO of the Markle Foundation Zoë Baird; Greg Becker, CEO of Silicon Valley Bank; Oisin Hanrahan, CEO of Handy; and Corey Thomas, CEO of Rapid7. Baird and Baker were co-chairs of the advisory board.

Microsoft president and legal chief Brad Smith has also left the panel. A spokesman for the Windows giant told The Register: "Effective today, Brad is no longer a member of the group."

We understand David Cohen, a Comcast senior veep; James Manyika, a director at McKinseys; and Marta Tellado, CEO of Consumer Reports, have also walked out. Austan Goolsbee, a professor of economics at the University of Chicago, quit in January.

"It is the responsibility of leaders to take action and lift up each and every American," Moz's Baker wrote in her resignation letter, emailed to The Register. "Our leaders must unequivocally denounce bigotry, racism, sexism, hate, and violence."

Bartleson made a similar point in her note, seen by El Reg: "IEEE’s core values, code of ethics, and code of conduct - and certainly my own principles - have no room for hatred, violence, racism, and discrimination. In today’s digital economy, America’s leaders must demonstrate this to set an example for all Americans and other world leaders."

Meanwhile, Baird's reads: "It is the moral responsibility of our leaders to unite Americans by respecting the diversity and inclusion that enables our country to generate new opportunity and celebrate freedom. In order to preserve these cherished values, there must never be equivocation in denouncing hate, bigotry, violence, and racism."

And Thomas' resignation letter noted: "I believe it is the responsibility of leaders to unequivocally denounce bigotry, racism, hate, and violence, and to respect diversity and uphold the values of an inclusive America."

In an email, Prof Katyal echoed the above, adding: "It has been an honor to serve as a member of the digital economy advisory board, to be appointed by the Obama administration, and to work alongside such talented individuals in advancing the goals of creating more opportunities for others through technology and innovation."

The exodus follow the disbandment of two presidential action committees – the manufacturing council and the strategy and policy forum – after mass resignations from business CEOs made then untenable.

The digital economy advisory board is hosted by the US Department of Commerce and as such is one step removed from the White House. It was conceived in late 2015, and established the following March. It is tasked with providing advice and recommendations to the commerce secretary on policy issues that impact the digital economy.

It is a sign of the depth of revulsion sparked by an extraordinary press conference earlier this week – in which the President actively defended white supremacists and repeatedly attacked anti-fascist protestors – that tech leaders have felt the need to resign their advisory posts.

Other remaining members of the digital economy board include:

We will update this story as we hear of any other resignations – it's likely all have resigned by now. The presidential arts and humanities committee also quit en masse today. ®