Except at quality titles like El Reg, of course, cough 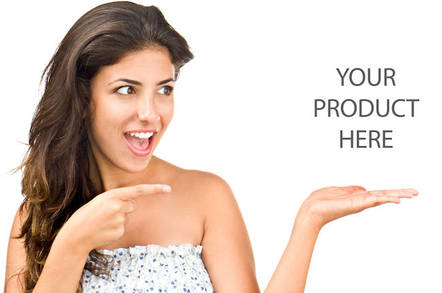 John Wanamaker, an American department store merchant who died almost a century ago, is noted for saying: "Half the money I spend on advertising is wasted; the trouble is I don't know which half."

For those buying online ads, it might just be both halves, due to fraud. "It's about 60 to 100 per cent fraud, with an average of 90 per cent, but it is not evenly distributed," said Augustine Fou, an independent ad fraud researcher, in a report published this month.

Fou typically publishes his findings quarterly, but jumped the gun because "digital ad fraud is so bad, I could not wait another quarter to update the numbers, based on recent research."

It's not a complete disaster everywhere, in all circumstances. Among quality publishers, Fou reckons $1 spent buys $0.68 in ads actually viewed by real people. But on ad networks and open exchanges, fraud is rampant.

With ad networks, after fees and bots – which account for 30 per cent of traffic – are taken into account, $1 buys $0.07 worth of ad impressions viewed by real people. With open ad exchanges – where bots make up 70 per cent of traffic – that figure is more like $0.01. In other words, web adverts displayed via these networks just aren't being seen by actual people, just automated software scamming advertisers.

In the context of mobile app ads, about 43 per cent are fraudulent. That's what Fou's consultancy, Marketing Science, found after evaluating about one billion mobile display ad impressions.

The report also claims that on open ad exchanges, only 41 per cent of ad impressions were actually viewable, compared to 91 per cent at quality publishers.

“The problem has been getting worse,” said Fou in an email to The Register.

“And the recent reports from industry trade [publications] that ad fraud is going lower and mobile fraud is non-existent is simply because they can’t measure it. The bots are getting better at hiding, so they are seeing less and less of it. But more and more fraud is happening.”

Financial powerhouse JP Morgan's experience, as described by The New York Times in March, offers a glimpse of the problem. It used programmatic ad buying to place ads on 400,000 websites. Only about 12,000 of these sites, or three per cent, led to activity beyond registering an ad impression. Of these, manual review by an intern revealed that about 7,000 were undesirable to advertise on, leaving only 5,000 as sources of potential marketing value.

Every so often, the ad industry makes a show of its fraud sanitation efforts. "In 2016, our systems detected and disabled a total of 112 million ads for 'trick to click,' 6X more than in 2015," Google boasted earlier this year.

Along similar lines, the National Association of Advertisers in May offered a rather sanguine take on the situation, insisting that the war on bot fraud is winnable. It estimated that bot fraud will reach $6.5 billion worldwide in 2017, down 10 per cent from the $7.2 billion cited in its report last year.

Not everyone is so optimistic. Tech consultancy Forrester estimates that in 2016 companies lost $7.4 billion to bots and the like. And it projects that figure will be $10.9 billion by 2021. ®

PS: Needless to say, as everyone's favorite quality tech tabloid, El Reg has an ad tech team that polices our traffic to weed out any suspected bots, ensuring the millions of people who view the ads on our site are the real deal. Speaking of readership, it's up 24.5 per cent for the year to date versus the year-ago period. Reach 'em: drop our sales team a line.