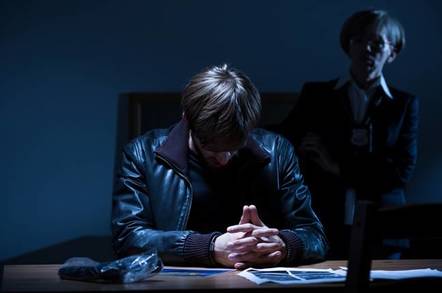 An ex-Secret Service agent who stole Bitcoins from the Silk Road dark web drugs bazaar he was supposed to be investigating has admitted stealing even more sacks of the digital currency.

Shaun Bridges, who is already serving a six-year sentence for nicking Bitcoins from the underground souk, pleaded guilty on Tuesday to stealing a further 1,600 Bitcoin (worth $359,005 at the time and approximately $6.6m today) during a separate investigation.

According to court documents [PDF] Bridges, 35, was probing European Bitcoin trading firm Bitstamp, which led to the US government seizing 1,606.6488 BTC in November 2014. These were transferred into a digital wallet that only Bridges had the access code for.

In March 2015, while under investigation for the Silk Road thefts, Bridges resigned from the Secret Service and in June pleaded guilty to money laundering and obstruction charges. A month later, while still free and awaiting sentencing, he took the Bitcoins seized from Bitstamp and moved them into an account run by the BTC-E exchange.

Over the next four months Bridges shifted small amounts of Bitcoin into various different digital wallets for his use – prison commissaries can be expensive places. However, these movements were traced by Uncle Sam's g-men and agents sized 600 of the Bitcoin.

Bridges, of of Laurel, Maryland, has now returned the rest of the Bitstamp dosh as part of agreeing to plead guilty to one count of money laundering in the US District Court of the Northern District of California. He faces sentencing in November and can expect an extension to his stretch in the cooler. ®