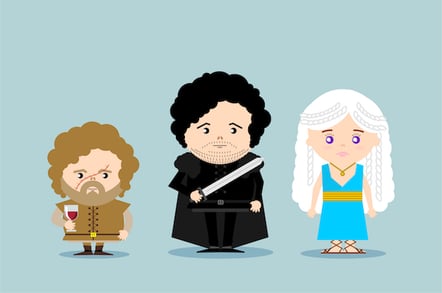 Four arrests connected with the leak of an unaired Game of Thrones episode have been made in India.

A stolen episode from the current seventh series of the hugely popular show leaked online on 4 August, three days before its official worldwide debut.

“This is the first time in the history of Star India that an incident of this nature has occurred. We are deeply grateful to the police for their swift and prompt action,” the media firm said. “We believe that valuable intellectual property is a critical part of the development of the creative industry and strict enforcement of the law is essential to protecting it.

“We at Star India & Novi Digital Entertainment Private Limited stand committed & ready to help the law enforcement agencies with any technical assistance and help they may require in taking the investigation to its logical conclusion,” it added.

HBO last month confirmed that it had suffered a cyberattack that may have compromised a Game of Thrones script and other programming materials. However, the leak of the fourth episode online was not part of that hack and related to a separate incident focused on India.

In an earlier statement released in the immediate wake of the leak, Star India said: “We take this breach very seriously and have immediately initiated forensic investigations at our and the technology partner’s end to swiftly determine the cause. This is a grave issue and we are taking appropriate legal remedial action.”

The Indian Express reports that three of the four people arrested worked for Prime Focus Technologies, which hosts episodes offered through Star India’s streaming service Hotstar. The fourth suspect is a former worker at the firm.

All four suspects have been remanded in police custody until 21 August, Indian Express adds. ®