Hey, hey, It's cool, Matt, 'they're Nazis' is reason enough 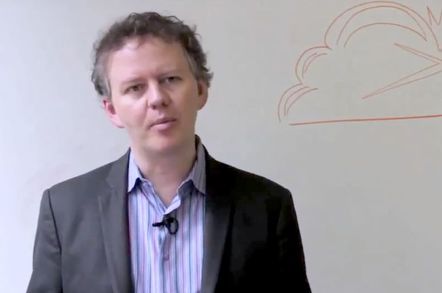 Cloudflare has explained why it made a rare exception to its strident free-speech policy in its decision to cut ties with white supremacist cesspit Daily Stormer.

As noted by El Reg a few hours earlier, Cloudflare today terminated the hosting and anti-DDoS services it was providing the neo-Nazi website.

After GoDaddy and Google pulled their DNS hosting services for Daily Stormer, Cloudflare took a neutral position, arguing it wanted nothing to do with policing people's content. It provided the site's DNS and a proxy service – in other words, the California biz hosted the fascist bloggers' pages and shielded it from any DDoS attacks. Daily Stormer hit the headlines this week when it celebrated the slaying of an anti-fascist protestor over the weekend.

Cloudflare boss Matthew Prince has now explained, in a long statement, that he terminated Daily Stormer's account after the web blog's administrators suggested Cloudflare was protecting them because it secretly agreed with the site's neo-Nazi articles.

"Our team has been thorough and have had thoughtful discussions for years about what the right policy was on censoring. Like a lot of people, we’ve felt angry at these hateful people for a long time but we have followed the law and remained content neutral as a network," Prince explained.

"We could not remain neutral after these claims of secret support by Cloudflare."

The Cloudflare CEO and self-described recovering attorney said that until now, his company's support for enabling free speech has been ironclad, even when it was for sites he and others at Cloudflare found distasteful or outright vile.

This, Prince says, is because Cloudflare believes it and other service providers are playing an increasingly important role in keeping sites online.

"The size and scale of the attacks that can now easily be launched online make it such that if you don't have a network like Cloudflare in front of your content, and you upset anyone, you will be knocked offline," Prince explained.

"In fact, in the case of the Daily Stormer, the initial requests we received to terminate their service came from hackers who literally said: 'Get out of the way so we can DDoS this site off the internet'."

Indeed, it seems that just hours after Cloudflare terminated its service, the latest incarnation of the Daily Stormer was blown offline by a likely DDoS attack.

While Cloudflare says it will continue to strive for strict protections on free speech and resist any effort by a government to shut down or obtain access to any of its customers, Prince admits that the decision to dump the Daily Stormer has come at a price for his company.

"It's powerful to be able to say you've never done something," Prince explained.

"And, after today, make no mistake, it will be a little bit harder for us to argue against a government somewhere pressuring us into taking down a site they don't like."

The Stormer, accused of inciting violence and infamous for its deranged ultra-right articles, has now fled to the dark web. ®