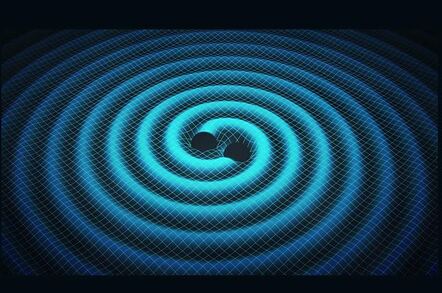 Australia's Swinburne University has signed up for a new supercomputer, to help spearhead efforts to detect gravitational waves.

Intel’s Omni-Path will provide networking - 86.4 terabits per second of aggregate network bandwidth at .9 µs latency to be precise. Storage will be overseen by Lustre and reside in 16 PopwerEdge MD3060e servers, all tended by Intel's Lustre filesystems. The bulk of the 5PB usable storage will be 8TB spinning rust disks, with a couple of terabytes of NVMe in the eight Phi-equipped nodes that will be dedicated to heavy data processing. CentOS 7.4 will keep the motor running.

The new machine will top out at 1.275 petaflops.

Swinburne’s buying the new machine because its older rigs are a bit long in the tooth. The arrival of the new Xeon Scalable Family was seen as the right moment to refresh its supercomputing capabilities. Also helping things along is the recent AU$31.3m funding of a new Australian Research Council Centre of Excellence for OzGrav. The new super will be built with some of that money and will therefore be available to researchers at Swinburne and other OzGrav participants.

The University bears no animus to SGI. Dell just came out on top in this procurement process.

OzSTAR is expected to come online in late 2017 and will be put to work on data from the LIGO gravitational wave detectors and eventually the Square Kilometre Array. ®