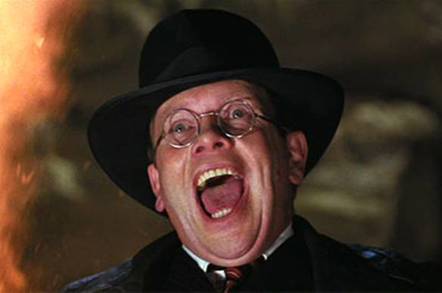 Amazon has "proactively" recalled solar eclipse glasses that "may not comply with industry standards" before darkness descends on the US next week, August 21.

To directly observe its awesome power without destroying their eyes, stargazers can use special filtered glasses that meet the ISO 12312-2 safety standards.

But the American Astronomical Society based in Washington DC has warned that some companies have been printing the ISO logo and certification label on faulty glasses and handheld viewers "made with materials that do not block enough of the Sun's ultraviolet, visible, and infrared radiation to make them truly safe". Some manufacturers were also allegedly displaying bogus test results on their websites.

An Oregon media outlet reported Saturday that it had received notification from Amazon that some solar filters it had purchased were getting recalled.

An Amazon spokesperson told The Register that "safety is among our highest priorities" and it decided "out of an abundance of caution" to contact affected customers and refund potentially fake eclipse glasses.

"We want customers to buy with confidence anytime they make a purchase on Amazon.com and eclipse glasses sold on Amazon.com are required to comply with the relevant ISO standard," the spokesperson added.

They did not comment on when Amazon began contacting affected customers, how Amazon determines if glasses meet ISO standards, how many glasses have been recalled, whether all recalls have been completed, or how Amazon is handling affected sellers.

We contacted the American Astronomical Society for comment. It has a list of solar viewer brands it has certified for safety (with an "accredited testing laboratory") available on its website. ®

Dr Richard Tresch Fienberg, a spokesman for the American Astronomical Society, got back to us but stopped short of giving an official statement. He claimed that Amazon has offered refunds to customers who bought from reputable vendors as well as those that have not met the ISO 12312-2 standard.

"We don't understand why Amazon isn't being more careful about who they contact – we've explained to Amazon the difference between genuine solar viewers and counterfeits, and we've told them about our online list of reputable vendors of ISO-compliant safe products... It has caused mass confusion within the eclipse-chasing community and the public more generally. We are trying to get Amazon.com to fix this problem, rather than to keep making it worse, but so far we have not gotten a satisfactory response."