South London: Rats! The rodents have killed the internet 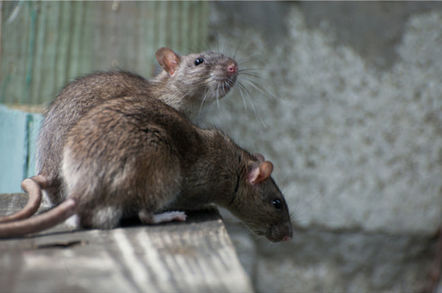 Sky and TalkTalk apologised this morning for the lost of service, which occurred yesterday evening around 9pm.

A message to one customer from Sky at 9:55am said: "Engineers are still working on resolving the fibre break.

"Extensive damage has been caused by rodents chewing through cables and it’s taking longer to fix than we’d like and have estimated your service should be restored at lunchtime. Thanks for your patience."

With Sky broadband down again in Balham/Clapham/Streatham, we get a rare look at their technical operation. pic.twitter.com/2c37TGulLh

The act of sabotage by the creatures follows a saboteur snail attack on a Virgin Media broadband cabinet in Shropshire last year, resulting in, um, sluggish broadband services. ®

Who wants to buy a phone biz?