Alibaba: We're no haven for pirates – we'll yank fake goods from our web bazaars within 24 hours 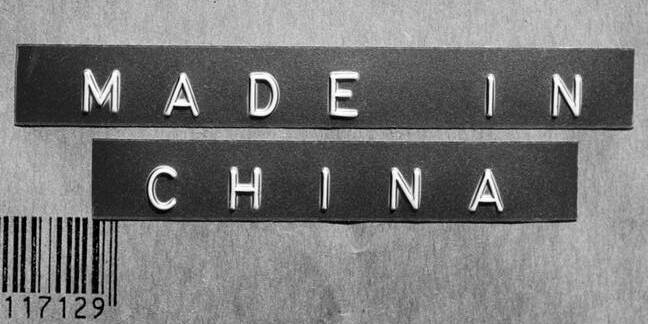 Alibaba says it has taken significant steps to speed up how it cracks down on counterfeit goods sold on its online marketplaces.

China's Amazon reckons its freshly overhauled intellectual property protection website can strip knockoff gear from its web souks within 24 hours of legit complaints from registered rights holders. This move comes after the company was criticized for, essentially, being a haven for bootleggers.

In December, the US government's trade experts put Alibaba's shopping website Taobao.com on their "notorious markets" list, noting that the site's "current levels of reported counterfeiting and piracy are unacceptably high."

The watchdogs recommended Alibaba simplify the process in which legit manufacturers and rights holders register themselves and request the takedown of listings. The experts also urged the Chinese giant to lower the time it took to remove dodgy product ads, as well as penalize sellers who flog rip-off kit.

For what it's worth, Alibaba claimed it killed more 380 million sketchy product listings and closed about 180,000 Taobao stores between August 2015 and August 2016. It also also sued some sellers for rights infringement, and partnered with the French luxury group Kering, owner of Gucci and Saint Laurent, in exchange for Kering dropping a US lawsuit

Also last year, the Chinese goliath created a intellectual property protection website by merging its piracy complaint desks for AliExpress, Alibaba.com and 1688.com with its counterfeit reporting sites for Taobao and Tmall.

Using this system, rights owners can sign up and register their intellectual property that's recognized in China, such as trademarks, patents and copyrights. It has a Good Faith Program, which fast tracks complaints from brands that have a good track record in reporting legit takedowns. There's also the IP Joint-Force System, which proactively polices online marketplaces.

On Thursday this week, the biz announced it overhauled this counterfeit complaints website about a month ago so that it can now handle and close 96 per cent of all complaints received from registered rights owners within 24 hours.

Out of the complaints submitted via the enhanced website, about 83 per cent resulted in fake listings being deleted, we're told. About 17 per cent were ignored "mainly for reasons such as insufficient evidence to prove infringement" or "a mismatch between the complained listing and IP documents filed." The corp's spokespeople would not say exactly how many gripes were filed and processed so far on the new system.

The upgrades include a single entry point to the system, faster verification of complaints' and products' validity, and more staff to handle cases, it is claimed.

Others are more cautious.

"I view this as one step in the 100,000-mile march," Sandy Shen, a Shanghai-based Gartner research director for China's e-commerce world, told us.

"At least Alibaba now offers some mechanism for brands to officially launch the claim and with a promised timeline to review/close the case," she said, but "the real challenge is IP infringement discovery and easy reporting."

She said collecting evidence to file claims can be a "long and time-consuming" process for brands in some cases. However, she thinks that "with the right technologies and processes" Alibaba "should be able to achieve" 24-hour takedowns with some exceptions.

But she's doubtful Alibaba can actually pull it off in the long term. She said that based on her own experience, there's a lot of work needed to file successful infringement reports.

She said that, typically, if an e-commerce website has a partnership with a specific brand, it may be able to fulfill a claim within two or three days. For everyone else, it may be much harder to investigate the complainant's and seller's products – it usually takes five days to a week to ensure the organization filing a report is the actual rights holder and that what's being sold is fake or illegal.

Mike Tobin, veep of sales and marketing at an anti-counterfeit technology biz called Document Security Systems in Rochester, New York, thinks there's another problem. He told El Reg that a counterfeiter could just repost an item for sale after it's taken down. Alibaba does try to penalize sellers who are repeatedly flagged up, and allow shoppers to report fake goods. However, Tobin argued those measures are not enough.

"Takedowns are like the little dutch boy with his finger in the dyke," he said. "It doesn’t solve the problem and the counterfeiter will adjust. The '24-hour takedown' is little more than a PR ploy ... there is a massive counterfeiting problem on Alibaba."

But company reckons things are just getting started in China

Alright! Ma time to meet that shag quota! Alibaba chairman steps down at 55 with $38.6bn fortune

All work and no play makes Jack a dull boy