How IT titans hijack manufacturing standards to put sales before planet 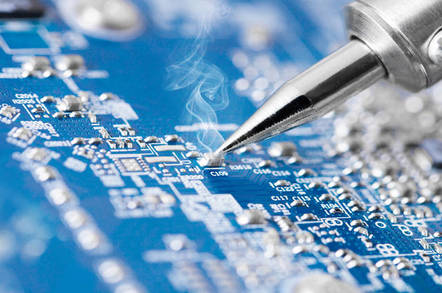 Analysis The makers of high-tech hardware have subverted green manufacturing standards to line their pockets while making their products look more environmentally responsible.

A report released last week by Repair.org, an organization that advocates for the right to repair technology products, says electronic device manufacturers control standards organizations like the Institute of Electrical and Electronics Engineers (IEEE) use that control to shape rules for their benefit rather than the benefit of the environment.

"[M]embers of the IT industry have co-opted standards for their own benefit, warping them into a tool that drives sales at the expense of the environment," said Gay Gordon-Byrne, executive director of Repair.org, in a statement.

The report, "Electronic Standards Are In Need Of Repair," says that while governmental organizations and advocacy groups have pushed for reuse, repair, and refurbishment of technology products as a way to prolong product lifecycles and reduce electronic waste, the IT industry has bent environmental guidelines to align with wasteful manufacturing practices.

"Unfortunately, manufacturers have consistently opposed stronger reuse and repair criteria," the report says. "And though manufacturers often claim they design for durability, no durability criteria is included in US electronics standards. As a result, green standards have systematically failed to incorporate strong policies that would enable repair, reuse, and product life extension for electronics."

The report points to the UL 110 standard for cellphones that's now part of EPEAT (Electronic Product Environmental Assessment Tool), a registry for evaluating IT product sustainability.

UL 110 has an ease-of-disassembly requirement.

"But the criterion was written in such a way that Samsung is claiming its Galaxy S8 – a phone that is heavily glued together – meets the requirements set forth in the criterion," the report says.

So Samsung's S8 received a "Gold" rating in the EPEAT registry without actually being easy to disassemble. It's a bit like going to the Olympics and getting a gold medal just for showing up.

Apple's 2012 MacBook Pro with Retina display offers another example. Despite shipping with a proprietary SSD, non-upgradeable RAM, and a glued-down lithium-ion battery, the report says, the device still received an EPEAT "Gold" rating.

"When criticized for the Retina’s inclusion on the registry, EPEAT said that its product verification committee had determined that products were upgradeable if they had an externally accessible port – which all laptops have," the report explains.

Apple and the IEEE did not immediately respond to requests for comment.

In a phone interview with The Register, report author Mark Shaffer, an environmental consultant who used to manage Dell's environmental programs, said, "The goal of the report is to shed more light on repair practices and the green standards world as a whole, and how the manufactures have full control over that."