You had ONE job: Italian firefighters suspected of starting blazes for cash 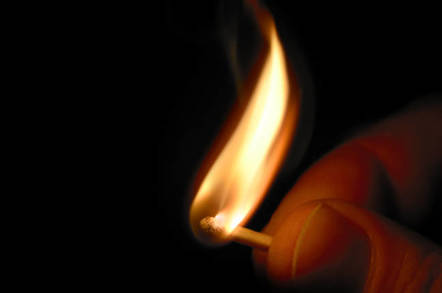 Firefighters in Sicily have been accused of starting fires for money.

The captain of a 15-person volunteer firefighter squad based in southern Italy was arrested on Monday on suspicion of fraud against the state and arson. The other 14 are also under investigation.

According to a police report, members of the squad are suspected to have set multiple fires or reported fake fires between 2013 and 2015.

The squad received €10 compensation per hour for responding to incidents, according to Italian newspaper La Repubblica.

The firefighters or their friends and family would phone in the fires – sometimes using personal cell phones. They would then follow the incident report and get paid for responding.

Instead of a squad's typical 40 interventions, the squad had 120 and the members were always the closest to the incidents, according to GPS data.

The captain, who is suspected to have continued to set fires after others had stopped, is under house arrest. ®