Diving into the storage pool 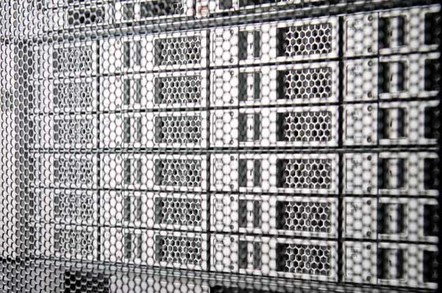 Sponsored Network Attached Storage (NAS) is a time-honoured approach for organisations to provide a shared repository through which multiple users and client systems can all access the same files and data over the network.

Typically, a NAS is implemented as an appliance-like enclosure that connects to the LAN and functions as a dedicated file server, supporting network file protocols such as NFS or Microsoft’s SMB for access. Such an enclosure may be configured with just one or two drives for a device aimed at the home, up to eight for SME systems, or more for enterprise hardware.

In the past, buyers would typically stuff their NAS appliance with the largest capacity drives their budget would stretch to, but these would often still be standard drives of a type that you might otherwise expect to see in either a desktop system or a server, depending on the buyer. More recently, specialised hard drives optimised for NAS operation have been making their way to market from the major drive makers.

The thinking behind these NAS-optimised drives is that a NAS environment presents a specialised use case with its own unique challenges and requirements, just the same as other types of drive may be optimised for demanding enterprise workloads or for archiving purposes.

For example, surveillance drives used for security applications are required to continuously record video, possibly from several camera sources, and so tend to be optimised to continuously write multiple streams of data to disk on a 24x7 basis, although these streams tend not to have a high data rate.

Desktop drives are designed around the needs of a single person using one computer, who just wants their applications and documents to open as quickly as possible. File reads and writes tend to be random, so desktop drives are optimised to be as fast as possible at seek operations between tracks, to get to the data quickly.

In a NAS environment, the drives are likely to be operating continuously, so their design takes this requirement into consideration. Consequently, some NAS-optimised hard disks are designed for a mean time before failure (MTBF) rate of 1 million hours or even greater. They are typically also designed to run at a low operating temperature and keep energy consumption down to a minimum.

Another factor that NAS drives have been specially designed for is a high workload. A typical NAS appliance will be doing duty as a shared storage resource on a network, serving up files to many users simultaneously. For this reason, NAS-optimised drives tend to be rated for an annualised workload of 180TB per year, or sometimes up to 300TB per year for drives aimed at the high end of the market.

But perhaps the most important thing about disk drives in a NAS environment is that they are almost always operating alongside a group of other drives, typically pooled together using a technique such as RAID (redundant array of independent disks). This is done in order to deliver a larger pool of storage capacity than would be possible with a single drive, but also to provide redundancy and boost performance by spreading the data across multiple drives.

NAS-optimised drives are designed with this scenario in mind, and have special characteristics to support operation as part of a RAID array. The drive firmware, for example, is optimised for caching data with the non-contiguous placement of blocks that is the result of striping data across multiple drives, as is typical for most RAID configurations.

With a RAID configuration, the controller hardware is utilised to speedily take care of any read or write glitches. These are not uncommon with rotating hard drives, and the firmware on the drive itself usually takes care of this by retrying the read or write operation so that the user never notices. However, this may cause unnecessary delays if a NAS appliance were to experience heavy traffic conditions, and so NAS-optimised drives are smart enough to simply let the RAID controller take care of it.

A more satisfactory solution is an adjustable time limit for the drive’s built-in recovery process. Some NAS-optimised drives support this feature in their firmware, which enables a NAS appliance’s operating system software to set the time limit to an appropriate level for that configuration.

Another characteristic of NAS drives is that they have been physically designed to be rugged enough to operate in close proximity with other drives in a single enclosure. This means they have been built to cope with vibration from neighbouring drives and possibly cooling fans, which might otherwise affect the ability of the drive to accurately position its read/write head above the correct tracks.

Seagate has further addressed this by adding rotational vibration (RV) sensors to some of its IronWolf NAS-optimised drives, a feature borrowed from its enterprise class hard drives that are designed to operate in dense server or disk array environments. Information from the sensors enables the drive to compensate by adjusting the head position and minimising any potential performance degradation.

Power management is another feature that deserves special consideration in order to deliver optimal performance. In laptops, an aggressive power saving mode can benefit the user by prolonging battery life, but unloading the disk heads and spinning down the disks causes a delay when data needs to be accessed.

For this reason, many drives designed for NAS operation have power management that carefully balances power saving against the time taken to return to a ready state by minimising these head unloads and spin downs.

NAS-optimised drives are designed to work where many will be crammed together in an enclosure, are tuned specifically for operation in a RAID configuration, and are optimised for a long life while running continuously on a 24x7 basis.