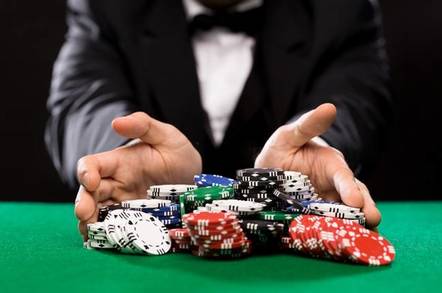 A spokesperson confirmed to The Register that, as of August 2, the store formally allows gambling apps.

Folk in the UK, Ireland and France are part of this experiment.

According to Apple's Developer guidelines, the Apple App Store allows gambling apps with several conditions. Geo-restricted apps with "real money gaming" such as poker, for example, must be free and have all necessary licensing and permissions.

Google has sporadically allowed gambling apps in the Play Store. Forbes reported that ahead of the 2015 US NFL season, the store carried some apps for placing wagers on players. However, a spokesperson told The Reg that before August 2, such apps were not permitted.

"We're experimenting with rolling out real money gambling apps in select markets over the next few weeks that ensures user safety," the spokesperson said, "as part of our continued effort to offer new experiences on Google Play."

According to the Google Play Developer Policy Center, the rules for apps in the UK, Ireland and France are as follows:

The Register takes no responsibility for any financial inconveniences or other harm that may result from venturing forth. ®