Star-crossed lovers secretly kicking each other to death 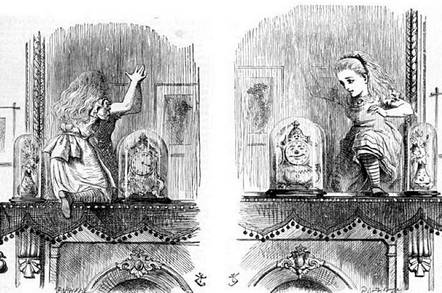 Toshiba and Western Digital Corp negotiating makes for bizarre viewing. Billions of dollars are at stake, goodwill is laughably absent and one of the world's best flash production partnerships could be headed down the toilet.

Rehash the background here or accept the summary that Tosh needs billions in cash and wants to sell its memory business, which owns Tosh's interest in the flash fab joint venture with WDC. WDC says it can't do that and the lawyers are on the case. Tosh shutdown WDC access to the joint venture's databases to exert pressure on WDC so Steve Milligan's mob went to court.

Toshiba issued a release today saying its memory sub will unilaterally invest in manufacturing equipment for the Fab 6 clean room at Yokkaichi operations. Tosh says it tried negotiating with WDC subsidiary SanDisk on joint phase 1 investment but failed to reach agreement. It's investing ¥195bn ($1.76bn) in financial 2017 on its own to install equipment needed for 96-layer BiCS 3D NAND machinery and the construction of the next phase 2 part of Fab 6's development. Installation should start in December.

WD is reportedly disappointed by Tosh's go-it-alone decision and was determined to invest in the upgrade. Stifel analyst and MD Aaron Rakers writes that the joint venture "provides rights to participate in the investments in Fab 6 equipment along with Toshiba – exactly what the company intends to do; noting that the company's Board of Directors has authorised investments in Fab 6".

What can we say? Toshiba has a plan and WDC has a quite different plan. Both sail serenely on the surface of the corporate sea like a pair of lovey-dovey swans. They both say they want to cooperate and negotiate and love each other to bits while, under the water's surface, they and their hired legal guns are kicking the hell out of each other.

Tosh could go bankrupt and WDC lose access to the flash chips it needs to power its Seagate-beating step away from total reliance on disk drives. We watch, we wait, and we try to understand what these two giants might do next, while hoping that self-destruction isn't on the agenda. ®