Comms watchdog back up to full strength 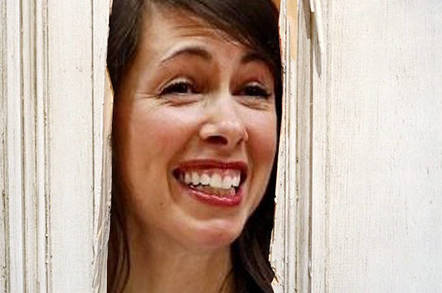 America's broadband watchdog, the FCC, is finally back to its full complement of five commissioners following the confirmations of Brendan Carr and Jessica Rosenworcel by the US Senate.

The federal regulator, which is caught up in a controversial battle to get rid of net neutrality rules that it approved only a few years ago, has been working with just three commissioners since the beginning of the year.

One of the new commissioners – Rosenworcel – was in fact booted off the FCC when her confirmation became embroiled in a larger piece of partisan warfare last year.

As a Democrat put up for re‑nomination by President Obama, Republicans in Congress simply refused to hold confirmation hearings for Rosenworcel, eventually trying to use her as a pawn to get FCC chair Tom Wheeler to resign early.

In the end, Wheeler agreed to step aside if Rosenworcel was confirmed – but only after the presidential election and at that point Democrats decided to block her renomination in the seemingly endless game of partisan one-upmanship.

Pretty much everyone agreed that the end result was grossly unfair and so, in a rare sign of humanity and commonsense, in June she was re-re-nominated by President Trump to serve as one of the two Democrats on the FCC.

The reason that the increasingly partisan FCC is not simply dragging out the process of placing a Democrat on the commission longer, however, is due to the other nominee.

Always crashing in the same Carr

Brendan Carr is a long-time associate of FCC chair Ajit Pai and so can be relied upon to vote whichever way Pai directs. As such, Pai is able to bring on board a fiercely loyal commissioner and give himself greater cover for his anti-net neutrality crusade, while at the same time removing the image of the FCC as a diminished institution with insufficient commissioners.

It also helps that Rosenworcel is much more centrist and cable-industry-friendly than other likely FCC Democratic contenders. It was Rosenworcel's critique of plans to end the Great Cable Box Rip-off that led to those plans being ditched, enabling millions of American to continue to enjoy paying, on average, $231 a year to "rent" a cable box worth about $20 in its entirety.

Although Rosenworcel is a keen advocate of net neutrality, chair Pai will still have the votes to pass whatever proposals he comes up with (assuming, that is, Pai himself gets confirmed by the Senate later this month).

Unfortunately, that will put him in the exact same position he was when Rosenworcel was formerly a colleague: using a 3‑2 partisan majority to force through changes.

It is all too possible that in three years' time, Rosenworcel will herself take over as FCC chair following the 2020 presidential elections. ®