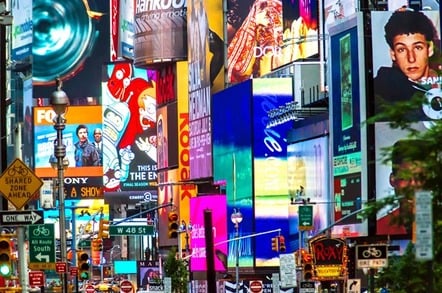 A popular Chrome extension was hijacked earlier today to inject ads into browsers, and potentially run malicious JavaScript, after the plugin's creator was hacked.

Chris Pederick, maker of the Web Developer for Chrome extension, is urging anyone who uses his programming tool to update to version 0.5 or later. That's because miscreants apparently phished his Google account, updated the software to version 0.4.9, and pushed it out to its 1,044,000 users.

That booby-trapped build fetched JavaScript code from the web and ran it within people's browsers: the code forcibly slapped ads on pages, and may have done worse. If you installed v0.4.9, you should upgrade to the clean v0.5 replacement immediately, and consider changing passwords or nullifying login tokens and cookies used on sites visited while using the infected extension.

It's understood the software was compromised about five to six hours ago, around 6am Pacific Time, pulled down from the Chrome store around 8am PT, and fixed about an hour later. Here's the key tweets from Pederick, a software engineer based in San Francisco:

The Web Developer for Chrome account has been compromised and a hacked version of the extension (0.4.9) uploaded 😞

I stupidly fell for a phishing attack on my Google account 😞

With over a million users, the compromised code would have allowed the crooks behind the scam to bank a sizable commission from the ads during the few hours the evil JS was active. Not every machine running the extension was affected, it seems – here's an example of the injected advertising:

The Firefox version of the plugin is not believed to have been compromised. The cause of the incident, Pederick believes, was a phishing email that resulted in the loss of his developer credentials. Folks have posted various negative reviews on the Chrome plugin's page, complaining of ads and Google Analytics tracking suddenly appearing in the software.

The tool normally "adds a toolbar button to the browser with various web developer tools." It's a Swiss army knife for coders.

We've asked Pederick for comment, and will update this piece with more information as it becomes available, such as what was the situation with his Google account and two-factor authentication. ®