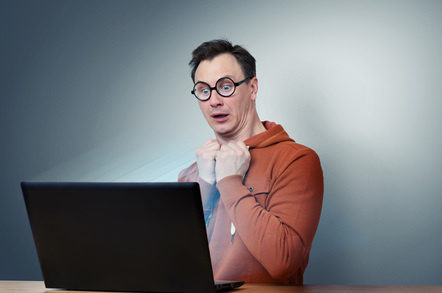 An effort to redefine key legal protections in America, in order to prosecute those aiding child sex traffickers, has hit opposition from internet giants.

The Stop Enabling Sex Traffickers Act of 2017 [PDF] was proposed on Tuesday by Senator Rob Portman (R-OH) and quickly picked up endorsements from 25 other lawmakers, including several influential congressmen. The legislation is in its early stages, and will require support from the House of Reps.

The act seeks to amend the 1996 Communications Decency Act to make it possible to hold website operators legally liable for user content posted to their sites if that content is "advertising the sale of unlawful sex acts with sex trafficking victims."

Although that would appear to be a goal everyone can get behind, internet companies are worried that cutting any hole into blanket legal protection would inevitably led to more legal challenges to exempt other forms of content, such as copyright infringement.

Currently, website operators have broad federal protection from being held liable for their users' posts, comments and other content – a safeguard that's been a significant factor in the internet industry's success. It is hard to imagine websites like Yelp – which largely comprises user-supplied material – growing under the threat of constant lawsuits.

However, the proposed legislation argues that "the Communications Decency Act of 1996 was never intended to provide legal protection to websites that facilitate traffickers." And it seeks to insert specific wording about the "vigorous enforcement of Federal criminal and civil law relating to sex trafficking" into the law.

The reason for the proposed change comes down to a single, notorious website.

The online classified website Backpage has been the focus of law enforcement fury, congressional hearings and a number of lawsuits, thanks to its position as possibly the single largest source of child sex trafficking ads in the United States.

According to Senator Portman – who was the chairman of a congressional investigation into Backpage – the company receives 80 per cent of its income from prostitution ads on the site. The site hosts nearly three-quarters of all online child sex trafficking ads, according to the authorities.

However, despite a determined investigation and a lawsuit from former child prostitutes, the web biz was able to use a combination of the First Amendment and the Communications Decency Act to avoid prosecution.

When Portman's committee subpoenaed Backpage CEO Carl Ferrer to answer questions, he simply refused to attend, resulting in the first contempt of Congress resolution in more than 20 years.

Six months later, in October 2016, Ferrer was arrested in Texas on allegations of sex trafficking. The case was thrown out by a judge in December, resulting in new charges against Ferrer and former Backpage owners Mike Lacey and Jim Larkin for pimping and money laundering.

That case is still pending while another lawsuit in Arizona continues. Most recently in that case, the judge denied Backpage's motion to dismiss.

The legal case against the company is far from cut-and-dried, however. Internal emails revealed that there were efforts by the biz to remove or block ads containing specific terms – although investigators point out that misspellings were allowed past the filter and not all related terms were blocked.

While one internal memo revealed executives talking about the "opportunity" that existed when Craiglist was pressured into shutting down its adult section, Ferrer stressed that his company would have to "make sure our content is not illegal."

In short, since Backpage appears to make some efforts to fix the situation, the law gives the company strong legal protections. Senator Portman wants to make sure his failure to take down the company doesn't result in others following Backpage's legal strategy to profit from illegal activity without fear of prosecution.

But not everyone agrees that the proposed new legislation is the right approach. The Internet Association, which represents the likes of Facebook and Google, is among them.

Association CEO Michael Beckerman put out a statement arguing that the proposed legislation is "overly broad and will be counterproductive in the fight to combat human trafficking."

While applauding the goal and intent behind the bill, he argues that it would "create a new wave of frivolous and unpredictable actions against legitimate companies rather than addressing underlying criminal behavior."

And the real worry

That seems unlikely, given the precise wording of the bill, however the biggest issue isn't sex trafficking, but opening up the online liability issue.

Beckerman warns of "new, substantial liability risks for companies" and argues that the proposed law "jeopardizes bedrock principles of a free and open internet, with serious economic and speech implications well beyond its intended scope."

The bigger question is whether the Stop Enabling Sex Traffickers Act represents a necessary update to an outdated piece of legislation or an angry response from a powerful lawmaker who was repeatedly stymied in his efforts to shut down a specific website.

The answer will likely come from the results of the lawsuits against Backpage. If prosecutors can put the owners in jail without a change in the current law, pressure will build not to pierce the blanket legal protection that so many internet companies rely on. ®

'Automated' vehicles – who pays for damage?

Volvo to 'accept full liability' for crashes with its driverless cars

But decide on rules so we can make the dang vehicles