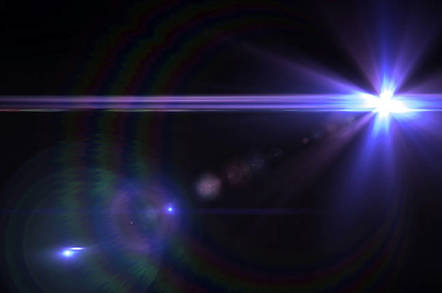 This has potential because the two key telecommunications wavelengths are 1330 nm and 1550 nm. At those wavelengths it's easy to make devices like optical amplifiers (erbium-doped amplifiers for 1550 nm are the most common; praseodymium is used for the less-deployed 1330 nm range).

This discovery therefore opens up the possibility that network operators with more-or-less garden variety kit could offer secure comms services. Such services could become possible because when a single photon carries a signal, wiretapping becomes unfeasible: Eve can't eavesdrop on a photon Alice sent to Bob. She can read whatever's encoded on the photon – but Bob won't receive it, so he'll know there's something wrong from the mere fact his information didn't arrive.

To get single photons firing at room temperature, LANL introduced aryl sp3 defects into carbon nanotubes – and controlled the chemical process well enough so that each nanotube only has one defect, meaning it can only emit one photon at a time.

Instead of single-atom doping, the aryl sp3 is an organic molecule that the researchers bound to the surface of the nanotube. From the LANL announcement: “The diazonium reaction chemistry allowed a controllable introduction of benzene-based defects with reduced sensitivity to natural fluctuations in the surrounding environment.”

As noted in the abstract of their paper at Nature Photonics, the defect creates localised excitons – bound states of electron/hole pairs.

The technology can also work at other wavelengths: making it work at telecom wavelengths depended on the geometry of the nanotubes, rather than the doping atom.