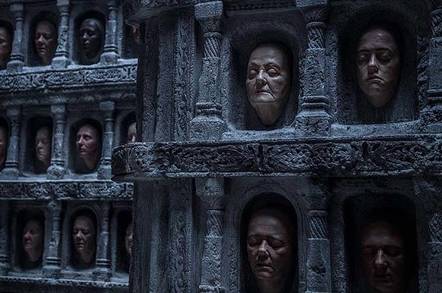 HBO is the latest entertainment giant to have its precious content stolen and leaked by hackers, including program episodes and possibly Game of Thrones scripts.

The security breach reportedly includes the script or a script treatment for next week's Game of Thrones episode, meaning fans will be disappointed to realize it's the same sword-sorcery-sex-and-intrigue as previous episodes.

HBO confirmed its systems were infiltrated, saying in a statement:

HBO recently experienced a cyber incident, which resulted in the compromise of proprietary information. We immediately began investigating the incident and are working with law enforcement and outside cybersecurity firms. Data protection is a top priority at HBO, and we take seriously our responsibility to protect the data we hold.

The attackers reportedly copied 1.5TB of files and video from the telly goliath, including unreleased episodes of Ballers and Room 104 that have already been leaked and shared online.

Whoever is responsible for the network breach is seeking notoriety, sending this email to journalists:

Hi to all mankind. The greatest leak of cyber space era is happening. What's its name? Oh I forget to tell. It's HBO and Game of Thrones……!!!!!! You are lucky to be the first pioneers to witness and download the leak. Enjoy it & spread the words. Whoever spreads well, we will have an interview with him. HBO is falling.

Given that shows have already leaked, we reckon HBO is in a worse position than Disney, which in May was taunted by a hacker that claimed to have swiped an unreleased movie from the Mickey Mouse biz. Disney's CEO Bob Iger said at the time that it wasn't a credible threat: “We don't believe that it was real and nothing has happened.”

Meanwhile, production house Larson Studios, working on Netflix's Orange is the New Black, wasn't so lucky: unreleased episodes leaked onto the 'net when Netflix refused to pay miscreants a ransom to keep them under wraps. ®

Borg, borg, borg: Another one bites the dust as Microsoft assimilates Avere