How would that work, exactly? 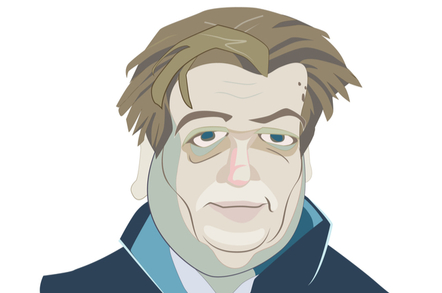 Comment Steve Bannon, President Trump's chief policy strategist who has been dubbed "the Second Most Powerful Man in the World", wants a clampdown on Silicon Valley.

Bannon reportedly wants "utility-style" regulation for the giant internet platforms, according to The Intercept. Facebook, Google and Amazon are named in the report.

Typically, calls to curb the power of the internet platforms have come from the political left. And typically, too, it's Silicon Valley that has been pushing for "utility-style" regulation of other people. Obama's White House successfully pressured the FCC to extend Title II regulation designed for the Bell telephone monopoly in the 1930s to extend to internet services, including mobile operators. The FCC is currently consulting on whether to scrap the short-lived Title II extension.

But then Bannon, an unabashed economic nationalist and influential figure on the turbo right, is no ordinary Republican. Like Trump, he has been highly critical of the Republican establishment, and the team owes his victory to traditional Democrat supporters in rustbelt states – such as union members – switching to Trump.

What makes Bannon unusual is not his economics, but his belief that an apocalyptical "clash of civilisations" is not only inevitable but imminent, as you can read here.

Bannon also sits on the board of data company Cambridge Analytica, touted as having a "shamanic" influence over both the UK's EU membership referendum and the 2016 Presidential Election campaign. Sceptical examinations of CA's claims that it influences on a mass scale have been subject to critical examination here and at El Reg here, which suggest it may have exaggerated its own clout.

Industrial regulation in the US began in earnest with the 1890 Sherman antitrust act but "utility regulation" refers to public infrastructure. With public utilities, elected officials, commissioners, approve or deny rate increases.

So how would that work with Amazon, Google and Facebook? Competition investigations largely dried up in Obama's second term, and Google-friendly appointees were installed across a range of agencies that govern Google's business, from the DoJ to the Library of Congress to the FCC. Silicon Valley's biggest argument is the lack of consumer harm. Unlike European regulators who fret about the health of the market, Google and Facebook argue that they provide consumers with hugely valuable services for free – paying only with their personal data.

But long-time critic Oracle may be able to point the way. In a complaint lodged with the European Commission, Big Red argues that the powerful Google-Facebook advertising duopoly forms an insurmountable barrier to entry for any new digital ad-slinger. The duopoly's treasure trove of personal data is so vast that new entrants cannot compete.

Conventional economic theory suggests that Google and Facebook's years of windfall profits should by now have a attracted huge competitive investment. But that hasn't happened. Last year the duopoly scooped up 99 per cent of new digital ad spending. If Team Trump is serious about taking on Silicon Valley, perhaps it should start with the personal data. ®