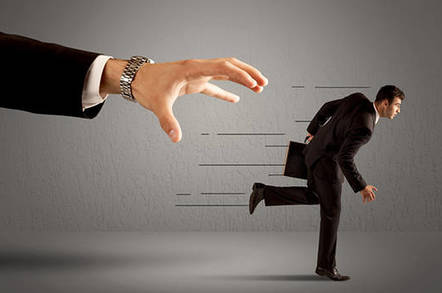 Analysis The chair of Australia's .au internet registry has resigned just days before a vote of no confidence in his leadership.

Stuart Benjamin announced on Friday that he had "taken the very difficult decision" to quit because he had "reached the view that there is no possible positive outcome for the organization from the vote planned for Monday."

That vote was forced on auDA by its members following a series of missteps and aggressive policy changes that reflect internal turmoil at the organization since the ouster of its former CEO and chair last year.

Among the changes introduced have been a new code of conduct that sought to prevent auDA members from criticizing the organization in the press, a decision to in-house the running of .au, and – most bafflingly – the removal of past board minutes, reports and agendas from the organization's website.

Despite a promise by the CEO and chair that they would be more open and transparent than their predecessors, the decision in May to remove previously available board documents set off alarm bells among auDA members, who asked for them to be reposted.

Management refused, claiming that the removal of the documents was "in order to comply with good governance practices" – a ludicrous claim that only served to inflame members further.

The real concern – that auDA was deleting old board documents in order to retroactively claim precedent for not posting new agendas and minutes – was then confirmed in a letter from CEO Cameron Boardman to domainer and blogger Ned O'Meara, who formally complained about the decision.

Boardman quoted a board resolution that said it had decided to "move to a more effective model and cease publishing Board Meeting Agendas and Minutes and remove historical Board Meeting documents from the public website."

That bizarre approach of comparing an internet registry with a research agency and a TV company while ignoring the long-held practice of almost all internet organizations of publishing board materials, only raised concerns that the organization was planning to force through changes that it knew its membership would oppose or question.

That fear was then compounded by the fact that auDA staff started leaving the organization at an alarming rate. Of the 14 staff who worked at auDA under the previous CEO, currently only two remain.

At the same time as members started making a fuss about board minutes disappearing, the board then approved – without discussion - a new code of conduct, applicable to all members, that threatened to withdraw membership if anyone made "defamatory or slanderous remarks" about anyone working for auDA.

Observers wondered about the timing and sudden introduction of the code, but it was the last part of the code that caused the most concern:

In any forum, including in the media, where acting as an auDA member or identifiable as an auDA member, I will conduct myself in a manner that will not bring the organization, Directors or staff, into disrepute.

The code was seen as a preemptive attempt to muzzle public criticism of the organization – but why? The answer appears to be the contract to run Australia's .au registry.

Angry Australians, in the .au registry, with the vote of no confidence: CEO, execs face ousting

We pull the covers off latest problems within Oz 'net body

Even limited board reports now scrapped in favor of worthless 'updates'

Australia mulls dumping the .com from .com.au – so you can bake URLs like chocolate.gate.au

NZ and UK tried it, and they're still standing