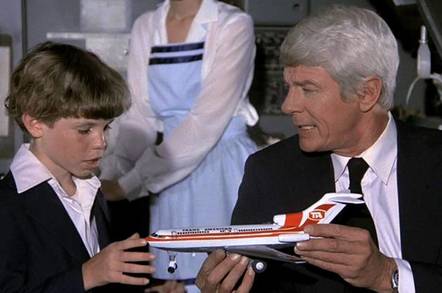 Virgin America's staff and contractors have been told to change their passwords after a hacker raided the airline's systems.

The T-Mobile-USA-of-the-skies revealed in a letter to its workforce that its network was compromised by one or more miscreants. A copy of the missive was, as required by law, shared with California's employment officials, who made it public this week. The intrusion was detected in mid-March.

According to the memo, the hacker swiped login information and passwords used to access Virgin America’s corporate network. Some 3,120 employees and contractors had their credentials lifted, and 110 folks may have had their personal information taken, too. Alaska Airlines, which owns Virgin America, is not affected.

A spokesperson for VA told us:

After conducting an investigation, we did not identify evidence that this affected any Alaska Airlines employees or systems. Customer data for Virgin America and Alaska Airlines was not impacted.

110 additional employees/contractors/vendors had additional information including addresses, Social Security numbers, driver’s license or government issued IDs, or health-related information that may have been affected.

We take the protection of personal information seriously. We are in the process of notifying potentially impacted employees, contractors, and vendors about this issue and are providing them with guidance and resources to protect themselves.

Virgin America is yet another hacking statistic. However, some pundits praised the airline's incident response.

"While details aren't clear as to who breached Virgin America's systems, or how, the fact that Virgin was able to detect the breach itself demonstrates the value and requirement in having good security monitoring and threat detection capabilities in place to discover breaches rapidly in order to minimize impact," said Javvad Malik of AlienVault.

Mark James of ESET told us: "The good things to take from this are that they spotted they had been hacked and have notified the affected parties. The bad, of course, is that hackers were able to get away with data that is unchangeable." ®