After we ran our article about the fate of .sk, the nation of Slovakia flew into a rage. And now, here's part two...

Behind the scenes of a battle to control a ccTLD 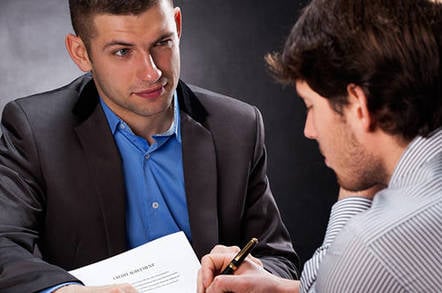 Analysis A campaign to convince the Slovakian government to halt the sale of the .sk registry has nothing to do with money or politics, it is claimed.

Earlier this month, we reported on a string of articles, speeches and open letters that alleged the country's top-level domain was effectively stolen in 1999 – and that the goal of this offensive is to prevent the sale of .sk to UK-based CentralNic.

Those behind the campaign argued the current operator – SK‑NIC – should be forced to hand over the keys to the TLD to a new, undefined non-profit operator that would run the registry in the interests of the Slovak people.

A petition was set up to "create public pressure on decision-makers and return .sk back to the community and people." It has so far attracted just under 10,000 signatures, and has been covered by the nation's media outlets.

Riding on the back of nationalistic sentiments, the key figures behind the campaign claim that SK‑NIC "abused its monopoly" and came by the contract "as a result of a fraud." They also claim the ccTLD's entire transition process from a university to SK‑NIC was a "scam" designed to hand over money and power "to the Americans."

Alongside the fraud and conspiracy claims, the campaign has repeatedly attacked the company that announced it was in talks to take over the .sk registry: London-based, publicly listed registry specialist CentralNic.

Despite managing and running dozens of top-level domains – both generic and country-code (like .sk) – the campaign has sought to paint CentralNic as an online robber-baron, claiming that it has "seized many valuable names ... and sold them for much higher prices," and claiming that it is able to "seize any domain name without any cost." It has also been accused of not being a "proper" registry operator and one that seeks to profit from spam.

Alongside the aggressive slights aimed at SK‑NIC and CentralNic, the campaign has repeatedly attacked Slovak government officials, writing and publicizing an open letter [PDF] to deputy prime minister and official "Digital Champion of Slovakia" Peter Pellegrini, which argued that if he does not allow the Slovakian internet community to change the contract over the .sk registry that he is "going against his word and the interests of Slovakian citizens." When Pellegrini refused, he was lambasted.

Among others who have been named and attacked online are former administrators of .sk as well as numerous former and current government ministers – in each case with a strong implication that they were doing something untoward. "Histories" of the .sk registry repeatedly note that ongoing contracts were signed "on the last day" of a particular minister's brief, ignoring the reality of how government works.

This wide range of aggressive claims unfortunately amounts to little more than innuendo and calculated image tarnishing. When we published our previous analysis of the situation, it seemed as though a good chunk of the five-million-strong population of Slovakia had exploded with rage. Well, here are the facts.

There was no "theft" of .sk: it has been in private hands since the 1990s, resulting in a number of different organizations running it as companies were merged and others became shareholders. Most recently, in 2005, Slovakian telco DanubiaTel purchased 100 per cent of the shares in the then-administrator EuroWeb Slovakia and renamed it SK‑NIC.

However, significant animosity grew between the .sk registry administration and civil society organization SANET (the Slovak Academic Network) as a result of these changes in ownership. SANET felt that it had an agreement where it would be consulted over any significant changes. But the 1993 administrator EUnet Slovakia didn't see it that way (nor was it legally obliged to, since SANET has no legal claim over the registry).

As a result, when, in 1999, EUnet Slovakia merged with Global Network Services (a US company) and became EuroWeb Slovakia, the local Slovak internet community felt it had been duped. Hence the claims of a "scam ... to give it to the Americans."

This sense of outrage was reinforced when SK‑NIC did a poor job of keeping up to date with the market. One thing that pretty much everyone can agree on is that the .sk registry needs a radical upgrade. It still uses web forms to transact business, when the vast majority of registries across the world offer APIs which domain sellers – registrars – used to automate and speed up trades.

The regional internet community was also upset when SK‑NIC decided not to use the FRED registry software developed by its neighboring Czech Republic registry, .cz (mea culpa: we initially reported, wrongly, that .sk used FRED, and corrected that cockup). Instead, SK‑NIC decided to go with software developed by CentralNic, which SK‑NIC has largely failed to keep current.

As such, when it became clear that SK‑NIC was considering selling itself to CentralNic, 18 years' worth of frustration and anger erupted from the local internet community. To them, the proposal looks like yet another private deal done without Slovakian citizens' involvement, solely for profit, with an outside party taking over. Hence the campaign, petition, open letters, furious blog posts and news articles.