Flash... Nu-uh! Tech folk champing at the bit to switch off life support

But others ain't so pleased 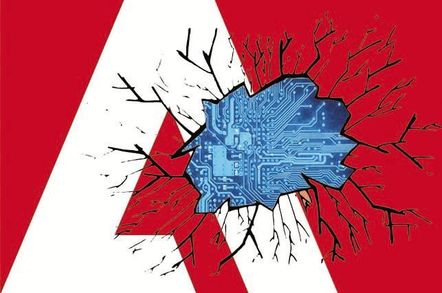 When Adobe this week announced its intention to kill Flash by 2020, a cheer went up among techies everywhere – not least of which were the browser-makers, who seemed pleased to hasten its death on the web.

But others, including Flash game devs and some in the sciences, seem less ready to suit up and deal with the fallout.

Graham Cluley, an independent UK computer security analyst, told The Register: "Flash's death date gives us all a clear date to move towards. Don't wait for Flash to breathe its last, start removing it from your computers now and remove your organisation's reliance on the bug-ridden technology."

But in the budget-constrained world of academia, there is unease over the upcoming disappearance of the security and privacy-risky plugin. A study published in January in The Journal of Experimental Child Psychology, for example, used Flash, as did a study published in Memory and Cognition in March.

He told The Register that most experiments the community does are online for a limited time before being taken down, but he still has about six Flash studies online, receiving input as people happen upon them by chance.

"I'll now need to recode or retire some of my earlier Flash studies that are still collecting data," he added.

Before HTML5, Javascript and other resources came out, behavioural scientists had "limited alternatives" to Flash, he said. With the dawn of these new tools, most researchers have moved on, but "those who have only used Flash" will also "need to spend time getting to grips with Javascript" Reimers added.

Rhodri Cusack, a cognitive neuroscientist at Trinity College Dublin, began using Flash for his research a couple of years ago because it was the only cross-browser plugin for reaching online participants.

"It is a nuisance that it will cease to be supported, as unlike the tech giants, most science labs do not have full-time programmers on the team, and changing to new technologies involves retraining and so is time-consuming and expensive for us".

Reimers also saw a wider issue for the general field of science. An increasingly relevant issue is the ability to repeat a study as to verify its effects – replication.

Once Flash is gone, it obviously wouldn't be easy to replicate any studies that use it – he branded this a "relatively small issue" but "it's ideal to use the same stimuli and implementation" for replication.

We'll surely be hearing more from industries whose current existence is predicated on Flash – certain parts of the games, education and video world – over the coming months. Tick, tick, tick... boom. ®