You need to assemble a crack AI team: Where do you even start?

Building a team to build your machine smarts 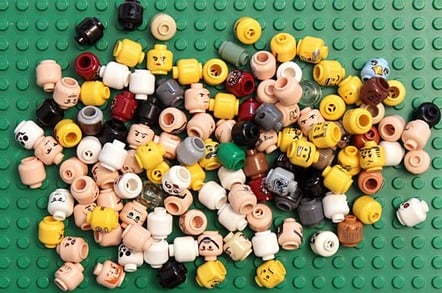 AI is finding its way into every day business and government. The idea of AI is not a new, but what is different is that today's hardware and software is bringing the various concepts underpinning AI to a mass market.

What’s new, too, is the driver: from bots and digital assistants to autonomous vehicles Google, Microsoft, Facebook, Nvidia and others in Silicon Valley are setting a drum beat to which the rest of are marching.

Such is the drumbeat, IDC last year reckoned the AI market would be worth $47bn by 2020, up from $8bn in 2016, with those adopting it fastest in banking, retail, healthcare and discrete manufacturing. Nearly half that spend will go on software.

As business leaders ponder the impact on business models and what capabilities could perform better as a result of injection of AI, their IT managers are finding themselves with a fresh set of concerns: how to assemble a team who can deliver the types of AI – be they bots or some kind of neural network – that management wants.

It’s falling to IT types to identify the skills and people to deliver them to turn their organisation’s AI vision into a reality.

Where do you start and who can you get? It’s tricky, when you consider there are more openings in the AI than people to place them. A Paysa study this year reckoned there were 10,000 open AI positions at the world’s top 20 employers.

Forty per cent are open at companies with more than 10,000 staff, with 10 per cent at those whose employees number 1,001 and upwards.

Roles in demand include number-crunchers - the modern-day equivalent of data analysts; modellers who enjoy analyzing complex data sets; those specialized in deep learning to deal with enormous amounts of data and trying to pull out results, insights and possibilities; and, naturally, engineers to hack the thing together.

When it comes to language, perhaps this is the easiest box to tick.

Increasingly, R and Python tend to be the most commonly used programming languages in this area. Looking at a more hardware-optimized path, going down to the GPU? Then skills in C/C++ could be the ticket.

But data is where things get tricky, which is a challenge as AI is predicated on ML and ML eats data.

Software and service provider Amdocs reckons one answer is to turn to those to your team who already have experience in data and offer some re-training.

“This is about retraining BI and data analysts but getting down to the nitty gritty of developing algorithms and that might sit outside of their comfort zone,” says Doran Youngerwood, Amdocs’ head of digital and intelligence. “Organisations that have access to fresh data in real time will be most successful. Before you talk intelligence, you need to focus on accessing data and finding complete data sets.”

The best AI is narrow and deep

The make-up of teams really depends on the outcomes you are looking to achieve, warns Callum Adamson, founder of API specialist Distributed, which manages distributed AI teams on behalf of clients.

“You need to mobilise around the jobs to be done and bring in the roles that allow you to do those jobs. You need to look at the outcomes and break it down, remembering that the best AI is narrow and deep.”

“Although very hard to find, it is best if the ML experts are also expert coders. Otherwise you may have contention between the algorithm folks and those who have to code it up,” warns Hal Lonas, CTO at cybersecurity software company Webroot.

James Waterhouse is head of insight & data science at Sky Betting and Gaming. His team of three data scientists, a test engineer and an intern are tasked with modelling data to better understand churn and cross-sell opportunities.

“I don’t think there’s a perfect data scientist that bridges the skills you need to make things work at scale in real time on a massive platform all while understanding the business. Don’t try to find a data scientist unicorn, he warns. “I’d find three people and get them working together in a way that their skills rub off on each other,” Waterhouse told The Register.

That need for collaboration is reiterated by James Poyser, co-founder and managing director of online accountancy software company inniAccounts, which last year won a Queen’s Award for Innovation for its application of Microsoft AzureML to apply AI to routine compliance tasks related to tax.

“Our approach is 'a game of inches’ - it’s the sum of a lot of micro services that make a big difference to the user experience,” he explains.

As such, Poyser says the combination of technology and collaboration is vital to getting AI projects off the ground successfully. “If you approach AI as a technical function alone you won’t succeed and you’ll alienate people and customers,” Poyser warns.

“The people involved have to evangelise its benefits within the company and educate colleagues so that everyone, no matter their role, can spot an opportunity to apply AI to improve how they work and how customers are served.

“AI is an unknown unknown. We don't know what it can do, and we probably don't know where it can be applied. So there is a chain of people and skills that are necessary to getting AI working within a company,” Poyser adds. “But unless the skills work together you can’t create a product that solves a person’s problem accurately 90 per cent of the time.”

Online retailer Ocado built and installed a system using Google’s Tensorflow to do the AI heavy lifting on inbound customer emails at its call centre. The system, built using Python, C++ and Kubernetes and that runs on Google Compute opens and scans up to 2,000 emails on an ordinary day for key words and context, before prioritising and forwarding them. Email numbers double that at busy times such as Christmas.

“We find the team benefits from having some people who are particularly strong in one area or another, but doesn't work so well if someone is outright weak in one,” Bickley said.

Next page: OK, that’s the model – but where do you find the talent?
Page:
Tips and corrections
18 Comments