Got some pom-poms handy? UK.gov seeks a geography cheerleader 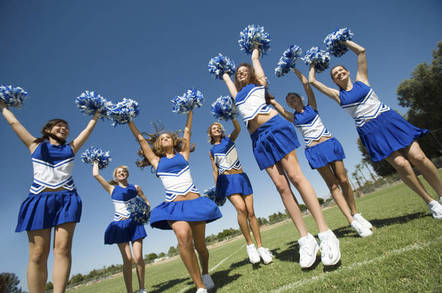 Whitehall is looking for a geography aficionado to emphasise the role the discipline plays in the UK government's work.

The newly created position of head of geography will be one of a network of experts across the civil service and sit in the government science and engineering (GSE) section.

The person will be an "ambassador for the discipline", help set a strategy to professionalise geography within the civil service, and act as a single "geography voice" on relevant issues – like data and standards.

The all-singing, all-dancing new recruit will also be brought in to help government communicate policies, with an advert saying "geography is a common language that appeals to the general public, the media and MPs".

However, the role is voluntary and the advert suggests they will need to take out just one, or even half, a day a week to carry out their duties.

The government is seeking a senior civil servant with geographical skills, who holds – or is happy to gain – Chartered Geographer status from the Royal Geographical Society, which, along with the Central Government Geographers Group and the GSE, is running the recruitment.

The move will be seen as a step towards bringing more elements of the social sciences into the GSE network.

It is also the latest in a string of announcements that indicate the government's continued interest in just about anything related to data or its exploitation, with the ad saying that the proliferation of location data had "put geography at the heart of 'big data'".

The Tory manifesto also promised to create a "comprehensive geospatial data body within government" from parts of the Land Registry, Ordnance Survey, Valuation Office Agency, Hydrographic Office and Geological Survey. Although some of these bodies have been in discussions about the head of geography, it is understood the two are not directly connected. ®

Analysis Entanglement in the EMEA geo

Flight Simulator 2020: Exciting new ride or a doomed tailspin in a crowded market?

Relinquish your IP or lose one of the world's largest markets