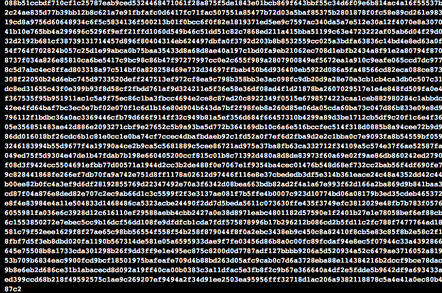 The company's pitch is that QRNGs are large and (at least compared to IoT requirements) expensive, and it wants a commercial tie-up to make its research into an off-the-shelf device.

The telco hasn't set a target price, beyond saying it wants its QRNG to be “the lowest price ever for a QRNG”. The two components sharing the 5 mm package are a quantum noise source (SK Telecom hasn't specified what kind) acting as the input to a deterministic RNG.

The random numbers then act as the input to whatever cryptosuite the device is using; the company nominates motor vehicles and drones along with unspecified “other smart devices”. For developers who want to retrofit QRNG to existing crypto, the telco's boffins are also developing dongle-based QRNGs.

While you could safely argue that existing random number generators should be good enough to protect information through to the heat death of the universe, but the randomness predicted by theory might not be achieved in practice because of buggy software.

As long as your QRNG's source of entropy is genuinely observing a quantum phenomenon, you don't have to worry about it being predictable.

More than one answer to observing truly random quantum events is to listen to the quantum vacuum.

It's one of the many stranger predictions of quantum physics is that there's no such thing as a “perfect” vacuum.

Such a thing would break Heisenberg's prohibition of measuring properties of a quantum system with arbitrary precision, since everything you could measure about a perfect vacuum would be zero. So: particles and antiparticles spontaneously and randomly come into existence and annihilate, giving off brief and measurable electromagnetic waves.

The phenomenon is observable, but creating the right conditions is costly.

SK Telecom's announcement doesn't say what technology it's using, but the company has described it in other places.

Last year, it gave this presentation to a US National Institute of Science and Technology (NIST) workshop.

Its Quantum Tech Lab, which was first set up in 2011, says its chip-level work uses quantum shot noise as the source of randomness, based on variations in the intensity of an LED: “the number of detected photons in a certain fixed time interval varies every time due to quantum uncertainty”, the presentation notes. ®

Signs in the sky from diamonds

Can't shield against cosmic rays, can't get there faster