Not before a push from Oz small biz techie 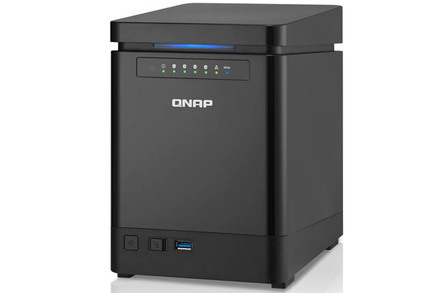 QNAP has put out a critical NAS firmware fix notice after prolonged pushing by a small business tech IT pro guy in Australia.

If you use QNAP NAS in a RAID 5 or 6 configuration, you should update the firmware immediately.

Wayne Small runs the SBSFaq website which is focused on the concerns of small and medium business IT professionals. Small said he became aware of a bug affecting QNAP NAS systems running in a RAID 5 or 6 configuration. Small wrote that he'd used StorageCraft ShadowProtect to back up his data to four RAID’d disk drives. If a disk failed, then the QNAP rebuild process kicked in and corrupted some of the data through faulty calculations, he said.

When the failed drive was replaced, the same calculations were used to populate it with (corrupted) data, he claimed.

StorageCraft’s ImageManager runs periodic data integrity checks and flagged up the data corruption. QNAP’s own integrity check used the faulty calculations used to rebuild the data from a failed drive and so acted as if the data were fine, he said.

Update All attackers have to do is upload a file into a public folder. No password. No nothing