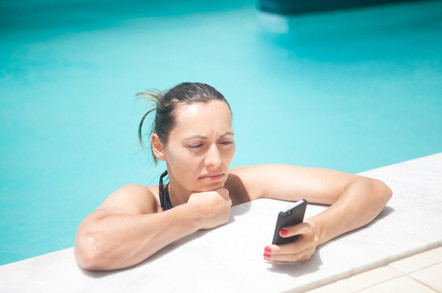 O2 has admitted to deliberately throttling its network as a "temporary measure" to combat the demand of Brits using free data roaming abroad.

The issue was first pointed out by a punter in the UK mobile network's support forum, who noted that within a month of the EU abolishing roaming charges on June 15, he was unable to use 4G services and was experiencing speeds of 0.5Mbps in Dublin, Ireland.

After carrying out a series of speed tests with different operators in the Emerald Isle, he concluded O2 was the worst for data roaming.

"You could see the phone trying its hardest and on many occasions starting the speed test I was getting 10+ Mbps, however throttling kicked in and it went straight to 0.50 mostly," he said. "I’m appalled that it’s still throttled badly and it's shocking that 4G is still not available."

He called on O2 to enable 4G roaming and stop throttling: "It's making you look like cheapskates and bad as a network for overseas."

O2 said European mobile networks impose traffic shaping and throttling measures to protect their services and keep at least some bandwidth available for everyone, particularly when people stress a network with data usage.

In response to the demand on its network, O2 said it has temporarily imposed similar controls.

"Data roaming surpassed all expectations," a spokeswoman told The Register. "We therefore have put temporary measures in place to protect the service experience for customers roaming in our Europe Zone. These firewalls are temporary and we are working to have these controls removed within the coming weeks."