Confused? We can explain 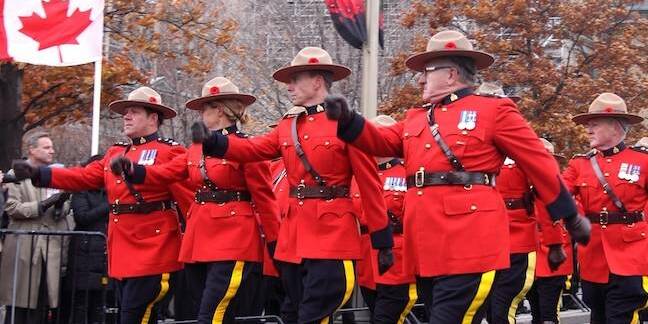 What should govern the behavior of huge multinationals like Google: the law Google makes for itself, or the laws that people make?

The former view has been dubbed cyber-libertarianism. In 2015, Canadian judges delivered that particular school of thought a blow, in the case of Equustek Solutions, a network equipment manufacturer in British Columbia, Canada.

The year before, Google was told by a Canadian court to remove search results that linked to knockoff versions of Equustek's products. The web giant offered to strip the links from its Canadian site but that wasn't enough for Equustek, which wanted them deleted worldwide.

The California internet giant eventually complied, removing scores of links worldwide, but was upset it had to remove the links globally, claiming this censorship had little effect on Equustek's rivals. Google appealed in 2015, and lost.

In 2017, the internet goliath went to Canada's Supreme Court to end the Earth-wide blackout, arguing the Canadian judgment clashed with free-speech protections in other nations. It lost again. The Supremes said it was purely theoretical that the removal of the links would trample on other countries' laws. If a jurisdiction outside Canada is unhappy with the Canadian court's decision then that jurisdiction should speak up so it can be considered by Canada's Supremes, Google was told.

And so on Monday this week, Google asked a California court to decide whether or not the Canadian case's outcome runs counter to America's First Amendment. In effect, Google is asking US judges to reject their Canadian counterparts' findings, allowing it to challenge the search result ban.

Equustek is in the middle of battling one-man-band Datalink, which is accused of ripping off Equustek's network gateway designs and flogging counterfeit gear online. Datalink has no physical office, but a web of domains.

What could Equustek do to protect its business? In 2012, Equustek took Datalink to court, and Google voluntarily delisted 345 offending URLs albeit only on google.ca. Two years later, Equustek successfully applied for an injunction to have that search blackout rolled out across all Google domains, and in 2015 it ultimately succeeded when Google lost an appeal.

Back then, Judge Harvey Groberman concluded: "The granting of the injunction [in 2014] was the only practical way for the defendants' websites to be made inaccessible." The judge also pointed out that there was no inconvenience to Google.

Google had argued that its search engine machines were dumb and passive beasts, and thus an injunction against them is inappropriate. It also said its servers weren't in Canada, so the law couldn't apply. It had used a similar argument in the Gonzalez privacy case before the European Court of Justice: Google, structurally, was not a Spanish company, so the law couldn't touch it. This also fell flat.

The web giant took Equustek to Canada's Supreme Court, and in June this year, Google lost.

"Without the injunctive relief, it was clear that Google would continue to facilitate that ongoing harm," the Supremes declared. And they added that unless the delisting was comprehensive, the original injunction was ineffective. A court can't knowingly grant a useless injunction – it isn't justice.

One of the Supremes also noted:

"I have trouble seeing how this interferes with what Google refers to as its content neutral character. The injunction does not require Google to monitor content on the Internet, nor is it a finding of any sort of liability against Google for facilitating access to the impugned websites. As for the balance of convenience, the only obligation the interlocutory injunction creates is for Google to de­index the Datalink websites.

"The order is ... 'only a slight expansion on the removal of individual URLs, which Google agreed to do voluntarily.' Even if it could be said that the injunction engages freedom of expression issues, this is far outweighed by the need to prevent the irreparable harm that would result from Google's facilitating Datalink's breach of court orders."

Meh. We'll do what we want, Canada

This week, in its complaint to a California district court, Google has sought to once again list the Datalink results. And it's here that Google's vast network of academic and "third sector" influence comes into play to help nudge decisions in the direction of its favor.

The EFF, which has previously taken Google's coin, was predictably screaming about "web censorship." A professor from another Google-funded organization – the Cyberlaw School at Stanford, which received $2m in funding from the ad giant – is also fretting. Wikimedia Foundation, another organization rich with Google's cash, is jolly concerned, and joined the Canadian case as an intervener.

But not all Google-backed organizations agree. Counsel to the International Center for Law and Economics – which is partly funded by Google and which defends Google in competition law – Neil Turkewitz explained: "Global businesses have always had to comply with the rules of the territories in which they do business."

Alarmingly, Google is arguing that it can pick and choose when it does. Above laws made by men, must come the laws made by Google itself. Perhaps it's largely for show. Google would be in contempt of Canadian court if it resists Equustek's injunction, resulting in fines or other sanctions. It must know this, surely? ®