IT titans hit by class-action sueballs, dragged toward court 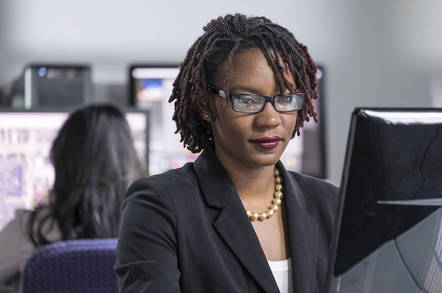 The two offshoots of Hewlett Packard are being sued in the US for allegedly discriminating against African Americans and older workers.

A class-action suit, filed Monday in a California district court, claims that both HP Inc and HPE unfairly targeted workers for evaluations and layoffs based on their age and/or race.

Specifically, the complaint alleges that while still under the HP banner and later as separate companies, both HP and HPE encouraged hiring and performance evaluation practices that disproportionately favored younger white employees, leading older workers and African Americans to be targeted for layoffs.

The three named plaintiffs – Christopher Jackson, Enoh Enoh, and William Murrell – argue that they were in some cases passed up for promotions or not offered positions and later got terminated based on their race and/or age, despite performing as well or better than their younger Caucasian peers.

Jackson describes himself as an "African-American male, over the age of forty, and a resident of Atlanta, Georgia." He worked for HP from July 15, 1996 to July 18, 2016, and his last position was a district manager.

Enoh said in the complaint he is an "African-American male, over the age of forty, and a resident of Laurel, Maryland." He worked for HP from 1996 to May 26, 2017, finishing his time as a field services engineer.

Finally, Murrell also said he is an "African-American male, over the age of forty, and a resident of Atlanta, Georgia." He still works for one of the HPs as a field service support representative. He joined as a contractor in 2000, and went full time in 2007.

"HP allowed an overwhelmingly Caucasian group of selectors to use a 'hazy' selection process for its employment decisions. These processes disparately impacted African American employees because they allow subjectivity and favoritism to influence employment decisions," the trio's complaint reads.

"Because of this, the decision-makers are free to exercise their discretion in an unguided, subjective manner that provides a ready mechanism for Caucasians to vent discriminatory feelings upon African-American employees."

Now the plaintiffs are suing for a class of employees over the age of 40 who were laid off from either company since January 21, 2016. Though not listed as part of the class, the suit is also being filed on behalf of "current, past, present, and future employees of HP who are African American/black, who have been, continue to be, or in the future subject to one or more aspects of the systemic race discrimination described in this complaint."

The complaint alleges multiple violations of both the US Civil Rights Act of 1964 and the Age Discrimination in Employment Act of 1967.

An HPE spokesperson told The Register: "HPE has a long-standing policy of equal employment opportunity and is committed to a culture of inclusion and diversity. Employment decisions at HPE are based on legitimate factors unrelated to age, race or any other protected characteristic."

HP Inc had not yet responded to our request for comment at the time of publication. ®