According to this 'ere poll, anyway 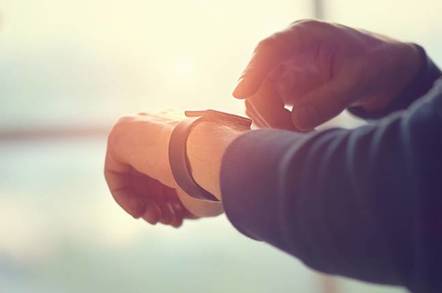 Software developers have almost no interest in creating applications for wearables or smart TVs, but they're keen on web and hybrid apps, so much so that native-only developers are dwindling.

So claims a survey of more than 13,000 developers conducted by Ionic, maker of a hybrid app development framework.

"The web is definitely back," said Max Lynch, CEO of Ionic, which as noted above has a stake in the acceptance of web apps.

A quick recap of the past eight years: in 2009, Google declared the web had won, only to see native mobile apps do much of the winning. In 2012, Facebook publicly moved away from web-based mobile apps to native apps with some web components.

If Ionic's survey is to be believed, things have come full circle. Lynch in a phone interview with The Register, observed that most people aren't installing many native apps these days. What's more, he said, it has become extremely difficult for developers to get attention for native apps in app stores.

"It's just really tough if you're not Facebook or Google or Snapchat," he said.

In the years since Facebook distanced itself from the web, new APIs have been implemented that solve some of the issues the social networking giant experienced. There's now support for GPU accelerated transitions in mobile browsers and there are fast animation primitives.

"I can understand why people struggled because the web wasn't ready," said Lynch. "It's a totally different generation of technology and people can build high-quality things with it now."

Maybe not high-end mobile games, but Lynch maintains if you know web development well, you can build business or social apps for mobile devices that get five star ratings and don't have performance problems.

According to Ionic's survey, conducted online from February through June, 20 per cent of developers two years ago were building apps exclusively with native tools. In the next two years, the coders surveyed anticipate diversifying, leaving only 3 per cent focused solely on native development. The survey suggests one third of developers will give up on native development entirely by 2019.

In terms of web development, 32 per cent of survey respondents are targeting progressive web apps and 35 per cent are deploying responsive web designs.

Some 42 per cent of developers said they're creating enterprise apps for internal usage. Meanwhile, interest in developing apps for smartwatches and connected TVs has flatlined at 3 per cent among survey respondents.

"Anecdotally, there's not as much demand for it," said Lynch.

Facebook's abandonment of Parse offered a warning to developers about the dangers of relying on third-party infrastructure, but Lynch believes Google has made enough of a commitment to Firebase that an sudden shutdown isn't a realistic concern.