Availability is not take-up. Must do better. See us after class 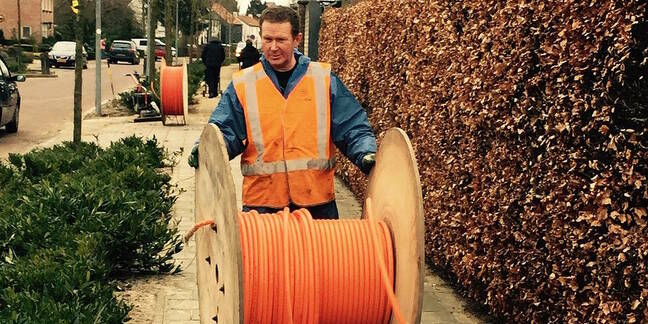 A report by MP Grant Shapps into the state of broadband in Blighty has been criticised for doing more harm than good, as the research appears to conflate superfast broadband (24 Mbps) with 10Mbps broadband – the Universal Service Obligation goal.

The Register has seen a copy of the report, due to be published this week, which states as 6.7 million UK broadband connections may fail to receive speeds above the proposed minimum download speed of 10Mbps.

It states: "The data recording these connections, produced by Ofcom, does not differentiate between those customers that have actively chosen not to take up superfast broadband."

However, Ofcom had previously found that 1.4 million people have sub-10Mbps speeds.

Andrew Ferguson, editor of thinkbroadband.com, said the report raised some interesting points for discussion "but in the political and fake news environment that exists in 2017 we feel the report is actually going to damage the UK broadband picture".

He slammed the report for failing to understand the basic difference between superfast broadband availability and actual take-up by businesses and the public, those who are receiving better broadband options may be discouraged from checking to see if things have changed for them since 2016.

“By analysing years of data on consumer speed tests, it is clear broadband is improving in the UK. Rather than attacking what Ofcom, government and the providers are trying to do, a better researched report might help to focus efforts on improving the situation of those with the slowest broadband options.

Last year Shapps' body published a report claiming that BT had received £1.7bn in subsidies to get Britain online, but which stated that 5.7 million people still could not access the internet. However, its research methodology was heavily criticised.

Ferguson concluded: “A much better use of time and resources by BIG would have been to identify those households which can get faster broadband services and have not upgraded and analyse the trends.

"The price premium for superfast services at £5 to £10 per month and the fact that in some areas the best service is not sold by their existing provider are likely to feature high on the list and the simple reality for many is a speed of 3 to 4 Mbps is sufficient to meet their needs."

The Broadband 2.0 report had been due to be published on 22 July, but has been delayed for one week. ®