You know what they say: Money makes the world go round 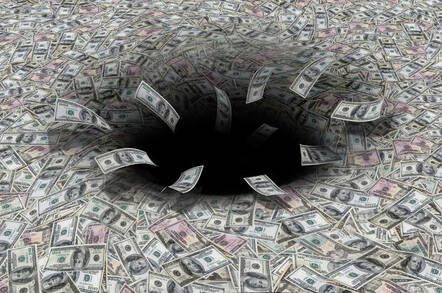 Google, Amazon, Facebook and Apple are finding the Trump Administration a very expensive prospect, at least according to their newly released lobbying figures.

In the second quarter of 2017 – April through to June – Google spent $5.93m on sending its representatives to meet with Senators. Amazon came next with $3.21m, then Facebook with $2.38m and finally Apple with $2.2m.

Facebook spent a little less than the first quarter of 2017 – $2.38m compared to $3.2m, which was a record high for the social media giant – but the company is in line to spend far more than ever this year.

And Apple at $2.2m spent 36 per cent more this quarter than last ($1.4m) – which was itself the company's highest-ever spend. This quarter's lobbying is nearly double what it spent in 2016.

The issues listed on the lobbying reports are extremely diverse: everything from "general patent reform" to "green technology" – and that's just Apple. But the reality is that with Donald Trump as president, the tech companies have lost their pro-technology voice in the White House and so are flooding Congress with their lobbyists in an effort to cut off any legislative efforts that may hurt their bottom line.

Trump has repeatedly clashed with Silicon Valley and promoted causes that are anathema to the tech giants' cultures and global businesses. On just about every topic, the current administration takes an opposite stance to Big Tech – including work visas, climate change and net neutrality.

There are also a number of potential clashes on the way, covering everything from mass surveillance to education, government funding of technology, and science research projects.

As was made clear at the first meeting of the "American Technology Council" at the White House last month, there is really only one area where Big Tech agrees it can work with the White House: overhauling the creaking, outdated federal technology infrastructure.

Trump's fascination with traditional Made In America goods – as evidenced by his recent display of a firetruck, a baseball bat and some golf clubs at the White House this week – highlights a lack of understanding of how many of the US' largest corporations now function, particularly in the virtual world.

There are, however, a number of new, important physical technologies coming in the next few years that will require government regulation – and the tech giants are extremely keen to be a part of them. The best examples are probably drones and self-driving cars. But Amazon is also increasingly getting involved in the real world – as made clear by its proposed monster-takeover of Whole Foods.

With other more traditional industries and companies increasingly using partisanship in Washington as a way of pursuing their goals (such as Big Cable and the fight over net neutrality), Big Tech also risks being seen as somehow aligned with the Democratic Party while the Republicans are in charge of both houses of Congress.

And so the solution is evident. Washington, DC, is one of the very few places where throwing money at a problem is usually the best solution and sometimes the only solution. So you can expect to see Google and friends spending more and more of their hard-earned cash attempting to align their interests with those of lawmakers. ®