At this point does anyone still care? 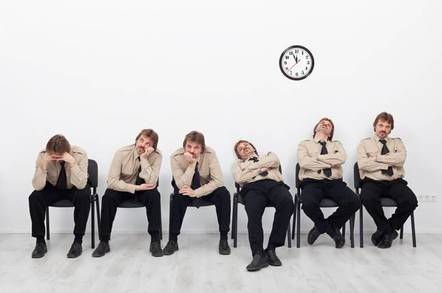 After months of hype and missed deadlines, it seems as though Andy Rubin's new smartphone might actually make it onto the market.

The Android creator's mobile phone startup Essential Products unveiled the phone at the end of May after talking about it for months, but so far there has been no sign of the actual handset. Now those who signed up to buy it have received an email promising the phone will be out in a few weeks.

We've been working around the clock to get our first device in your hands. See this update from Andy. pic.twitter.com/bm5xm5XRKS

Judging from the reaction on social media, people aren't that disappointed by the delay – Rubin's fanboi base is strong and people don't seem to mind waiting. Which is odd, because the handset doesn't appear to be anything to write home about.

The Android (of course) phone has 13MP rear and 8MP front cameras, 128GB on-board storage, 4GB of memory, and a $699 price tag. While it does have a super-fast Snapdragon 835 processor, that's really about it – although the add-ons could be cute.

The first phone has a magnetic attachment that, for an extra $200, will add a bulky 360-degree camera and microphone device. This may or may not work with Google's Project Tango augmented reality platform.

So far the smartphone company looks to be highly disorganized. Essential Products has apparently signed a distribution deal with Sprint, the US' fourth largest and rapidly failing telco. Hopefully this isn't a precursor to the phone's success, or lack thereof. ®