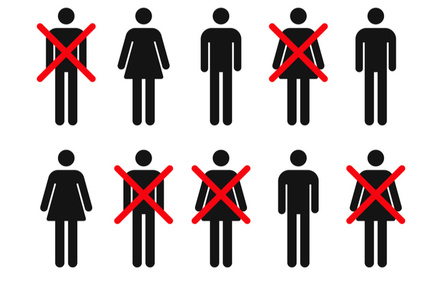 Exclusive Less than four months after DXC Technologies was created and the Frankenfirm is already embarking on a second round of jobs cuts, with hundreds of frontline support techies earmarked for the chop.

The company - an unholy alliance between CSC and Hewlett Packard Enterprise Services - is planning to chop $1bn in costs globally in its first fiscal year by consolidating real estate - including data centres - and chopping heads.

The first round of redundancies at the new organ started in May, just weeks after DXC was formed, but it was largely staff working in roles duplicated across the two merged entities that were being made redundant.

Now, Peter Hands, UK veep at DXC has warned staff - via a memo seen by us - of the need to continue lightening the payroll.

“As part of the merger that created our new company, DXC Technologies has committed to achieve cost savings through improvements in efficiency and effectiveness, which is typical in mergers of this scale and nature.

“The UK business must play a part in achieving these savings whilst delivering on the commitments to grow our business and improve our margins. I am writing to inform you of proposed redundancies within Q2 (July to August) FY18 under a Work Force Reduction programme to help the company and region deliver these commitments,” Hands - a former Capita henchman - added.

Staff cuts in May came across the business including HR, marketing, finance, IT and in some functions where the CSC and HPE ES teams overlapped. Numerous insiders told us that in the latest changes, delivery support people will be whacked. "This mail had gone out to frontline, customer facing staff," a source told El Reg.

"The company line is that they are taking out costs from duplicated functions but at the same time the UK leadership make direct correlations between revenue numbers and staff numbers. 'If we are off of our numbers by X revenue then we have to let go of X [number] of staff'."

Hands said in the memo that DXC had started to engage with its UK Works Council, the Employee Forum and trade unions including Unite. “We are committed to using redeployment and voluntary exits as our preferred means to manage the workforce,” the memo read.

Voluntary redundancy applications opened on 20 July and will end by close of business on 3 August, DXC revealed in the staff memo.

Company sources estimated that around 900 UK employees will leave the business as a result of these first two rounds of redundancies. The local organisation employs circa 15,000 people.

Multiple DXC sources have told The Register that UK boss Nick Wilson recently implored workers on a company conference call to stop leaking information to us.

Nobody should be surprised by the mass culling at DXC or any other large tech services business. Both CSC and HPE ES had a long-standing culture of cutting costs after big ticket outsourcing contracts started to dry up. CSC was actually highlighted in Parliament this year for demonstrating the "worst excesses of capitalism". IBM western services staff have also faced their fair share of pain. ®