That's the bad news. The good news is they've banned Bieber, too 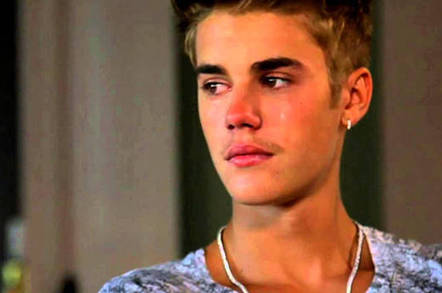 Take him off the monitor, I don't want to see his face ... Justin Bieber

Analysis A disturbing trend toward ever-greater censorship in China has seemingly crossed a line with the banning and blocking... well, fun, basically.

Today's headline is that the communist government in charge has formally banned pop star Justin Bieber from performing in the country due to his "bad behavior," but a far more insidious set of controls have been introduced this week, including a block on movies, sitcoms and even soap operas.

The most popular video streaming sites in the country have removed the majority of their material from countries such as the US, UK, Japan and South Korea, with the ban seemingly built on the country of origin rather than the content.

Among the shows to have disappeared are Japanese animations and Korean soap operas – which are hugely popular across the country, especially with young people.

China has also swung its increasingly sophisticated censorship apparatus onto the issue, with users reporting that they are no longer able to post clips or videos of their favorite shows.

One of the most popular video streaming sites, Bilibili, announced in response to a wave of complaints from its users that all of its video content was being reviewed to "meet regulatory standards." Those standards include a new requirement that foreign shows account for no more than 10 per cent of the overall content available.

For several weeks, the Chinese authorities have been introducing a range of new restrictions and enforcing existing ones. Earlier this month, several popular VPN services closed down after they received a "notice from regulatory departments."

Chinese internet users frequently use VPNs to bypass censorship, to the extent that it has become almost habitual. That led the government to declare that all VPN providers would need to apply for a license to operate. When those rules started being imposed, many VPN services have decided to shut down rather than follow the licensing requirements – which typically involve blocking sites from a government-provided list and giving the government backend access.

Last month, the government also passed new rules that will censor information that does not reflect the country's "core socialist values." That was initially understood to cover topics such as drugs and homosexuality, but in the past week it appears to have spread to encompass anything that the censors decide they don't like – including the social media accounts of celebrities.

And just last week, the authorities revealed the extent of their expanded surveillance systems by managing to delete images in transit on the most popular messaging apps following the death of political activist Liu Xiaobo. Any mention of Xiaobo or his wife was methodically deleted, and apps such as WhatsApp, which the Chinese government does not have direct access to, were either completely or partially blocked.

In place of all the content produced outside China, the government has said that it wants its citizens to watch more videos that are inspiring and patriotic – which typically means TV shows that adopt a rose-tinted view of Chinese history and in particular the Chinese revolution of 1949.

Chinese internet users have grown used to having their online world censored and have learned to steer clear of making politically charged comments online. But for the most part, they have been left alone to browse the world's offerings through the internet, and have learned to use VPNs to get access to banned websites. The loss of Facebook and Twitter has been minimal thanks to the use of Chinese social media companies that in many respects are more advanced than the famous Western versions.

That uncomfortable balance has likely been lost with these latest efforts by the central government to force its citizens to conform with what they feel is the correct way for Chinese people to behave and think. And that is causing concern that the next Tiananmen Square could be coming up, as the burgeoning young population starts to view their government as less a benevolent dictator than an interfering and possibly negative influence in their lives. ®