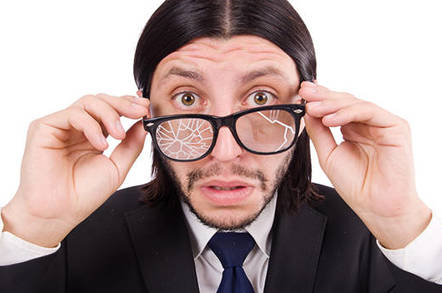 The freeze on long-held plans to approve a single patent court for Europe is a result of the actions of the president of the European Patent Office, according to German media reports.

The Unified Patent Court (UPC) has been in progress since 2012, but last month Germany's constitutional court unexpectedly ordered a halt to legislation ratifying it. The German government's approval is essential for the court to move forward.

Beyond the fact that an unnamed individual had filed a complaint with the court arguing that the UPC broke German law, little was known about the argument itself and why the court had taken it so seriously.

Now details have emerged and the reason for the freeze appears to be controversial changes pushed through EPO president Benoit Battistelli, largely in order to enhance his own office's power.

The complaint argues that changes made to the EPO's Boards of Appeal have effectively undermined its independence, meaning that there are now insufficient checks and balances within the system to adhere to German law.

Those changes were forced through by Battistelli after the Boards of Appeal stood up to him by refusing to remove a judge he had fired over allegations of leaking embarrassing documents and posting anonymous criticism of Battistelli and his team.

The firing was one of a number that Battistelli has ordered due to resistance to his EPO reform plans, which have torn the organization apart. In this case of the judge, an already unpleasant episode was dragged further into the gutter when claims that the judge possessed Nazi memorabilia – two truncheons and propaganda pamphlets – were planted in the media.

Battistelli also set up a special investigation unit – nicknamed "the Stasi" internally – to root out critics to his plans. That unit, among other things, tapped people's phones, sent investigators to their homes, and carried out aggressive questioning of employees it suspected of being critical of EPO management.

When those tactics were declared illegal under the laws of the countries in which the EPO resides, EPO management announced that it was free to act away from such constraints because it is an international organization – an argument that it took to the Dutch Supreme Court, and won. That decision is currently being appealed at the European Court of Human Rights.

As a result of these actions, the Boards of Appeal decided to carry out an investigation into the firing of the judge rather than simply rubber-stamp Battistelli's decision. The judge was a member of the Boards of Appeal and the five-year position was designed to be independent of EPO management.

When it did investigate, the appeals board found a wealth of troubling details including the fact that the EPO's Administrative Council had lodged and then withdrawn two successive complaints about the judge before finally settling on a third complaint in which its initial allegations were reduced from five to two.

It also decided to give the judge the opportunity to respond to the allegations, especially since he had been publicly disparaged in the press by EPO management, and the judge asked that the board hold its meeting in public, to which the board agreed.