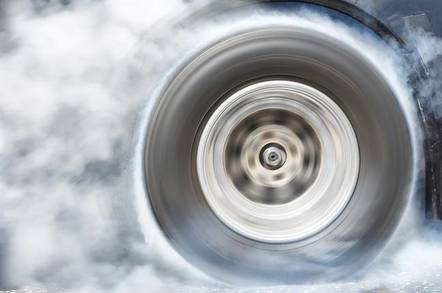 Deutsche Telekom and ADTRAN have showed off an emerging G.Fast technology called cDTA which, along with 212 MHz carrier spectrum, ramps system performance well into the gigabit range.

It's a development that will interest watchers of Australia's National Broadband Network, since the company rolling out the network recently signed with ADTRAN to supply kit for fibre-to-the-distribution-point (FTTdp) applications.

It's also of interest to Sckipio, specialist in creating copper technologies, silicon design, and reference designs, because the demo puts its cDTA implementation into a European carrier, the first other than British Telecom.

The Register spoke to Michael Weissman, marketing veep at Sckipio, to put the demonstration in context.

FDD schemes have upload/download ratios fixed in the standards, because different frequencies handle each direction (this is a big part of DSL's approach to keeping crosstalk down).

G.Fast introduced TDD: uploads and downloads can use all of the available frequencies, because the capacity is sliced up by time. As Weissman explained, though, this has a downside: “in order to avoid crosstalk using the entire spectrum you have to be speaking in one direction at a time”.

The upshot of this in current G.Fast implementations: “You can't have two different performance ratios between two subscribers on the same DPU” (distribution point unit – El Reg).

That's where cDTA – Collective Dynamic Time Assignment – comes in. It allows the DPU to adjust up/down ratios in response to traffic demands automatically, squeezing more out of the theoretical capacity of a line.

Take a low-crosstalk environment, for example – in a FTTdp environment, this might be a copper pair serving one home, that's not part of a bundle.

With no crosstalk, and the ability to change the up/down time assignments on-the-fly, “you can get fantastic results, because you have independent capabilities between the different lines --- this is called independent DTA.

“There's no coordination needed, because there's no crosstalk.”

The “collective” time assignment comes in where there's high crosstalk – a bunch of twisted pairs in a bundle, for example.

Here, what happens is that the up/down adjustment happens on-the-fly, essentially adjusting to the worst-case in the bundle – but that adjustment still means the carrier is squeezing the most out of the available bandwidth.

For example, Weissman said, a short run of copper might have 700 Mbps total capacity available, but because that capacity is sliced in the time domain, the carrier can offer a 500 Mbps symmetrical service “with zero impact on the system”.

A user pulling down four 4K streams still has capacity to upload 300 to 400 Mbps (for example for a cloud backup) without affecting the QoS of their downloads, he added.

For the carrier, cDTA also cuts down on the need to overprovision services to keep services flowing for different users served from one DTU.

Take a high-rise residential tower, for example: everybody's a different distance from the DTU, but bandwidth expectations assume everybody's on a 100 metre copper run.

DTA's ability to “deliver more coverage with one plan” means the service provider can satisfy its customers (and increasingly demanding regulators), without having to put multiple DTUs in the building.

G.Fast already includes independent DTA in the standard, and Weissman said cDTA is on the path to approval. ®