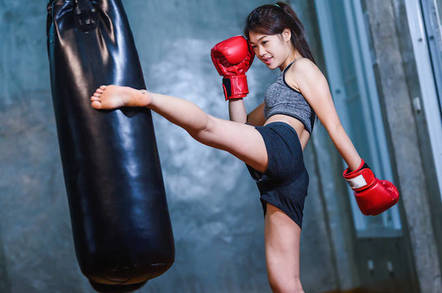 Updated The four electronics factories sued by Qualcomm for not paying licensing fees have lodged their own countersuit with the backing of Apple.

In a counter-complaint [PDF] lodged Tuesday in California, Taiwanese manufacturers Pegatron, Compal, Hon Hai, and Wistron allege Qualcomm is trying to force them to pay excessive royalties for patents they aren't even using in their products.

"This lawsuit is yet another chapter of Qualcomm's anticompetitive scheme to dominate modem chip markets, extract supracompetitive royalties, and break its commitments to license its cellular technology on fair, reasonable and nondiscriminatory (FRAND) terms," the gang's court paperwork reads.

"In the past two years alone, three separate foreign antitrust enforcers have declared Qualcomm a monopolist and collectively have fined the company over $1 billion."

The countersuit is being lodged with the support of Apple, which has agreed to cover the costs for each of the four manufacturers should they lose in a jury trial. With Apple on board and agreeing to pick up the tab, the four companies are now able to fight back against chip designer Qualcomm, which claims that manufacturers have been holding out on their patent licensing fees.

The suit is another front in the global legal war between Apple and Qualcomm over tech royalties. Apple claims Qualcomm – whose Snapdragon processors and other chips are used in millions of phones and other devices – has for years been forcing it and other smartphone makers to pay excessive fees and license patents Qualcomm doesn't even use, in order to get access to its modem chips and designs.

As part of this fight, Apple has told the companies that make its phones not to pay the fees Qualcomm is demanding. As a result, Qualcomm claims it has lost hundreds of millions of dollars in revenues.

Apple, meanwhile, says it wants to get back some $1bn in excessive fees it says Qualcomm has been extorting from it and other manufacturers over the years.

With the prospect of further revenue hits and years of legal fees from an extended trial now looming, Qualcomm execs have floated the possibility that the entire matter could be settled out of court. ®

Qualcomm also announced its Q3 2017, the three months to June 25, today. Revenues for the quarter stand at $5.4bn, down 11 per cent on the year-ago period, although $40m better than analysts expected. Net income is $900m, down 40 per cent. Its earnings-per-share of $0.83 is two cents better than Wall Street estimated.